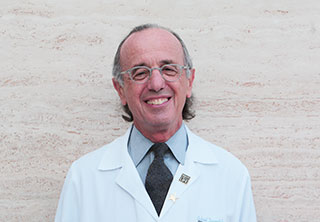 Sometimes in the middle of the night, the pager by Dr. Gabriel Danovitch’s bedside will ring and a nurse will say something like this: “We’ve had a kidney offered for patient Rodriguez.” It’s a call he’s been hoping for that could change the life of a 35-year-old diabetic, who has been on dialysis three days a week for three years, fatigued by even normal living, unable to concentrate enough to finish an article in the newspaper, and terrified that she might have to leave her young children without a mother.

But the call is not the simple solution he wanted. “It belonged to a 58-year-old who was in a catastrophic car accident and its function is badly impaired,” the nurse adds. Danovitch, medical director of the kidney and pancreas transplantation program at the Ronald Reagan Hospital of UCLA Medical Center, asks a few rapid questions. Both he and the nurse have done this many times. After a moment or two, he makes a decision. “It’s outside the parameters for her. We’ll have to decline.” He lies back in bed, knowing the Rodriguez family will have to wait for another day – one that perhaps will never come. "We can't use kidneys that can hurt people," Danovitch says. "Sometimes the risks of waiting are less than of going ahead."

An incident like this is emotionally draining for everyone involved. A little stronger patient or a little less damage to the new organ might have tipped the balance the other way. Judgment calls like that go with Danovitch’s job. His pager is on virtually all the time, as it has been for more than 30 years.

“To see the delight that patients, who have been ill for so long, take in recovering the simplest bodily functions is always a thrill,” Danovitch says. “Someone who hasn’t been able to pee for years suddenly has a bagful of urine. To healthy people it’s something they don’t think about. To the sick it’s like being given a new life. They can’t believe it’s happening to them."

Keeping in touch with people who received a transplant reminds him how much good has been done. “When I meet patients who had a transplant many years ago and see them graying, like me, it hits me afresh that they have been living a full life all that time, seeing their children grow up, getting on in their careers, involving themselves in whatever is important to them,” he says.

“We need to stop from time to time and remind ourselves that we are taking the organs of people who have died and making them work in other people who are dying. It’s extraordinary and it doesn’t become less extraordinary because we do so many of them.”

Adapted from “The Gift that Heals,” by Reg Green, published jointly by the United Network for Organ Sharing and the Nicholas Green Foundation, www.nicholasgreen.org.