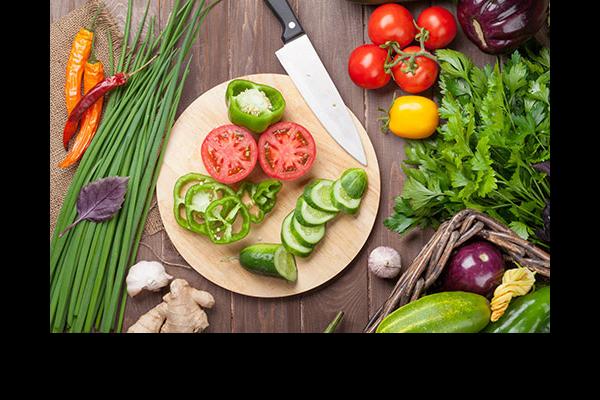 August 9, 2016—Analysis of a long-term study of participants whose eating habits resembled a DASH Diet strongly indicates that maintaining a heart-healthy diet shows robust benefits to kidney health. These findings, published today online in the American Journal of Kidney Diseases (AJKD), come at a time when kidney disease is being increasingly recognized as a major public health problem, on the same level as heart disease, diabetes, and breast cancer.

“Dietary guidelines exist for people with active kidney disease, but there are no diet recommendations for preventing kidney disease,” says Kevin Longino, CEO of National Kidney Foundation and a kidney patient.  “This new study suggests a novel approach in helping to prevent kidney disease,” he added.  Two of the leading causes of kidney disease are high blood pressure and diabetes, which can often be traced to dietary factors.

The Dietary Approaches to Stop Hypertension (DASH) diet is commonly recommended for hypertension treatment and cardiovascular disease prevention. The DASH diet is high in fruits, vegetables, whole grains, nuts and legumes, and low-fat dairy products, and low in red and processed meats, sugar-sweetened beverages, and sodium. It is known to have health benefits for hypertension, cardiovascular disease, diabetes, stroke, and overall mortality.

The research team, headed by Casey M. Rebholz, PhD, MS, MPH, of Johns Hopkins Bloomberg School of Public Health, analyzed findings from the Atherosclerosis Risk in Communities (ARIC) Study, which was conducted from 1987 to 2013, and supported by the National Heart, Lung, and Blood Institute. The 14,882 study participants were middle-aged (45-64 years) men and women, predominantly African-American and Caucasian, and enrolled from four U.S. communities: Forsyth County, North Carolina; Jackson, Mississippi; suburbs of Minneapolis, Minnesota; and Washington County, Maryland. The subjects were not advised to follow a DASH diet, but analyzed how closely their diet matched it during the normal course of their lives.

“I was surprised and encouraged by the robustness of the findings as relatively little is known about healthy dietary patterns for reducing the risk of kidney disease. If we are able to modify dietary intake, there is great potential for reducing the costly societal and individual burden of kidney disease in the U.S. population,” said Dr. Rebholz. “The main message is the same for healthcare professionals and the general population:  The DASH diet, which is widely recommended for reducing blood pressure and the risk of cardiovascular and other chronic conditions, may also protect against kidney disease for generally healthy individuals.”

Another significant finding was a relationship between higher intake of heart-healthy proteins, from nuts, legumes, and low-fat dairy products, with a reduced risk for kidney disease. The investigators also found that higher intake of red and processed meat was associated with a higher risk of kidney disease. Current guidelines for people with kidney disease recommend reduction of overall dietary protein, but they do not distinguish between types of protein.

The full report on the analysis is being published in the American Journal of Kidney Diseases (AJKD), the official journal of the National Kidney Foundation, as “DASH Diet and Risk of Subsequent Kidney Disease.”

The National Kidney Foundation (NKF) is the largest, most comprehensive, and longstanding organization dedicated to the awareness, prevention and treatment of kidney disease.  For more information about the NKF visit www.kidney.org.