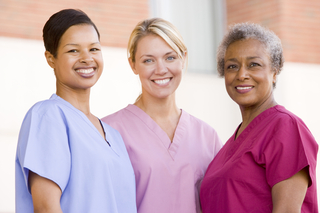 The nation's progress toward meeting Healthy People 2020 (HP2020) objectives has been mixed when it comes to kidney disease, new research presented at the National Kidney Foundation's 2014 Spring Clinical Meetings shows.

More patients with acute kidney injury are getting follow-up care after hospital discharge, but there's been little change in the proportion of U.S. adults with chronic kidney disease (CKD) or the percentage of CKD patients who know they have poor kidney function, Dr. Tanushree Banerjee of the University of California at San Francisco and colleagues found.

Since primary care physicians are on the front lines of diagnosing and treating CKD, the National Kidney Foundation has launched the CKD Primary Care Initiative to identify and overcome barriers to CKD testing, detection and management in the primary care setting. “Targeted screening, identification and management delivered by primary care practitioners (PCPs) will have the greatest impact on the public health goals of HP2020,” said Joseph Vassalotti, MD, National Kidney Foundation Chief Medical Officer.

One area where significant progress did occur was in the percentage of hospitalized veterans with acute kidney injury who had a kidney evaluation within six months of discharge. Based on VAHS data, this percentage increased from 10.6 in 2007 to 13.6 percent in 2010, exceeding the HP2020 goal of 11.7 percent.

The percentage of U.S. patients with CKD who had high blood pressure has decreased 7.7%, while high cholesterol has slightly increased 4.2% compared to baseline, the investigators found.

“We estimated awareness of impaired kidney function based on the question 'Have you been told by a doctor that you have weak or failing kidneys?’ in the national survey NHANES,” Dr. Banerjee noted. “Perhaps awareness based on a single question may not truly capture CKD and kidney function awareness.”

She added: “People with risk factors of diabetes, hypertension, cardiovascular disease, and obesity are at a higher risk of developing CKD. Age is also an important risk factor for CKD. Furthermore it has been noted that in HIV-infected patients, the prevalence of CKD is projected to increase steadily. Providers should routinely monitor kidney function in people with these risk factors.”

The National Kidney Foundation's Dr. Vassalotti said: “While there has been some progress towards the goals related to kidney disease, the National Kidney Foundation is determined to address the critical area of awareness of CKD, where there has been no improvement. We will be working to improve awareness by increasing communication between practitioners and patients about CKD. There is a misconception that once someone is diagnosed with CKD, there must be a referral to a nephrologist. But there are simply not enough nephrologists to care for nearly 15% of the U.S. population with chronic kidney disease. The National Kidney Foundation’s CKD Primary Care Initiative will disseminate CKD guidelines to PCPs around the U.S. through education programs, symposia and practical implementation tools so they can provide this care to the growing numbers of Americans with CKD.”