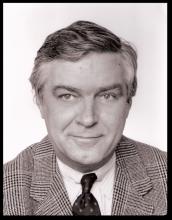 The National Kidney Foundation (NKF) is remembering Charles “Charlie” Plante, a long-time lobbyist for NKF, who passed away at his home in Middleburg, Virginia, at the age of 84 in December.

Charlie was a driving force behind the enactment of legislation in 1972 that provided universal Medicare coverage for kidney dialysis patients. Thanks to his efforts, millions of Americans were given access to this life-sustaining therapy.

Working alongside his close friend Dr. George Schreiner, a Past President of NKF, Charlie assembled a strong bipartisan coalition in the House and Senate to enact the Medicare kidney disease benefit.  Nearly 45 years later, end stage kidney disease remains the only condition covered by Medicare without regard to age or disability.

Charlie was a passionate advocate of increased funding for the National Institutes of Health (NIH), legislation to establish a regulatory framework for the donations of organs and tissues, and Medicare coverage for immunosuppressive drug therapy for kidney transplant recipients.

Following his service as chief of staff for two U.S. Senators early in his career, Charlie was the regional director for the Peace Corps in the Philippines (he also held a doctorate in international relations).  It was upon his return to the United States that he became a lobbyist to continue his passion for helping those whose needs were underrepresented before public policy makers.

Charlie was best known in our Nation’s Capital as NKF’s lobbyist but also served with other health-related and organ transplant organizations.  He retired in 1997 after almost three decades helping provide a positive impact on millions of kidney disease patients.

We will miss this passionate man whose work embodies NKF’s advocacy efforts.