Depressed During Dialysis? You May Be At Risk 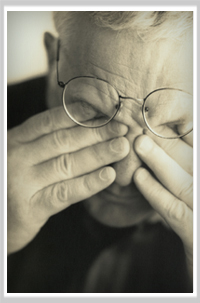 New York, NY (November 4, 2005) - People undergoing dialysis who are diagnosed with depression are more likely to become hospitalized, and tend to spend more days in the hospital, according to a new study in the American Journal of Kidney Diseases, the official journal of the National Kidney Foundation. Further studies are needed to investigate whether treating depression helps people fare better during dialysis, the authors note.

"People who are on dialysis who believe they are depressed need to seek treatment," says David Warnock, MD, President of the National Kidney Foundation and Director of Nephrology at the University of Alabama at Birmingham. "This study, along with others, shows that the effects of depression extend way beyond your mood, to the overall health of your body."

According to the National Kidney Foundation, more than 375,000 Americans are being treated for kidney failure, also called end stage renal disease, or ESRD. Of these, more than 275,000 are dialysis patients and more than 100,000 have a functioning kidney transplant. Currently, more than 67,000 deaths occur each year as a result of kidney failure.

People with ESRD typically have to undergo dialysis, during which they are hooked up to machines that remove wastes and extra fluid from their blood-essentially, doing the job their kidneys are no longer able to do.

To investigate whether being depressed increases the risk of poor outcomes during dialysis, the researchers followed 1,588 men for two years who were receiving dialysis from Veterans Affairs facilities, noting who was diagnosed with depression, and how they fared.

Nearly 15 percent of men were diagnosed with depression by their doctors. The researchers did not collect data from participants' pharmacies, so could not determine if men were being treated for their depression. Depressed men were more likely to be white, and tended to have additional illnesses, such as high blood pressure, substance abuse and heart disease.

"This research begs the question: if people on dialysis are treated promptly for depression, will they fare better from dialysis?" asks Warnock. "Further research is desperately needed in this area."

The National Kidney Foundation is a major voluntary health organization, which seeks to prevent kidney and urinary tract diseases, improve the health and well-being of individuals and families affected by these diseases, and increase the availability of all organs for transplants.