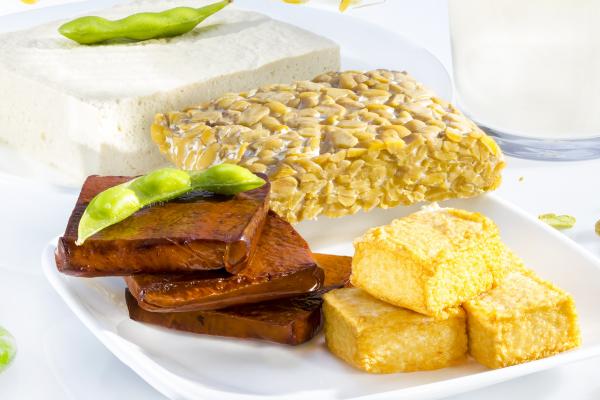 Chronic kidney disease patients who consume a higher ratio of plant protein have lower mortality rates, according to research published in the National Kidney Foundation's American Journal of Kidney Diseases.

Researchers found that every 33% increase in the ratio of plant protein to total protein consumed resulted in a lower risk of death for those with chronic kidney disease (CKD) defined as having an eGFR < 60.

“We know that moderate restriction of total protein intake is probably important to preserve kidney function in people with CKD, however, the effect of sources of protein on overall health in CKD has not been well studied,” said Srinivasan Beddhu, MD, of University of Utah School of Medicine. “Our research indicates that plant-based proteins could play an important role in improving the health outcomes for people with decreased kidney function.”

The study analyzed health information from 14,866 participants in the National Health and Nutrition Examination Survey III (NHANES III). Of those participants, 1,065 were classified as having CKD (eGFR < 60). Dietary information was gathered through 24-hour dietary recall interviews.  The death rate in the participants without CKD was 11.1% over an average follow-up of 8.6 years, while the death rate in the CKD population was 59.4% over an average follow-up period of 6.2 years.

After adjusting for age, gender, race, smoking, alcohol use, comorbid conditions, body mass index, physical inactivity, total protein and calorie intake, with each 33% increase in the ratio of plant to total protein in the diet there was a significantly lower risk of death (HR 0.77, 95% CI 0.61 to 0.96) in the CKD group.

“We were surprised to see such an impressive association. Every 33 percent plant of total protein ratio increase was associated with a 23% lower risk of mortality in those with CKD,” said co-author Xiaorui Chen, MS, of University of Utah School of Medicine. “However, this health-preserving benefit was not seen in ‘normal’ individuals with an eGFR ≥ 60.”

While recent headlines have highlighted the negative health effects of processed meats, this study indicates that kidney patients may need to pay even closer attention to their intake of animal proteins and may want to speak to their doctor about adding plant proteins like tofu and legumes and to their diet.

“Previous studies have shown that the rate of intestinal phosphorus absorption is higher from animal protein than plant-based protein.” said Thomas Manley, Director of Scientific Activities for the National Kidney Foundation. “Higher blood phosphorus levels are associated with increased mortality in both people with CKD and the general population. This may be one plausible explanation for the higher death rates in CKD patients who consume larger amounts of animal protein.

Want an easy way to start eating less meat? Go Meatless Monday every week, and get regular tips and recipes by following #MeatlessMonday and learning more at MeatlessMonday.com.