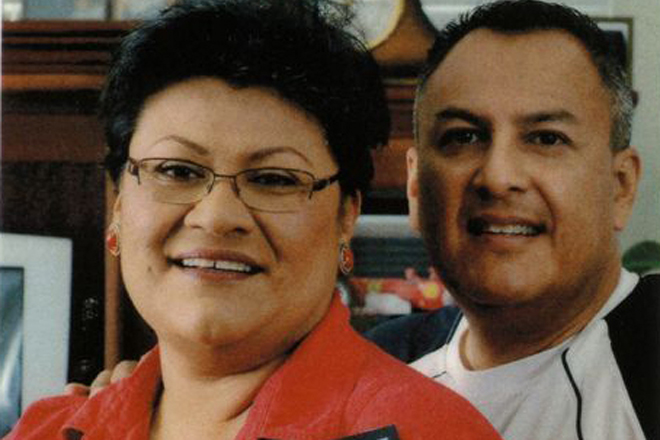 While most people associate April 15th with Uncle Sam and a last minute scramble to file their taxes, for Maria Grijalva, of Tulare, California, the date has a different connotation. Rather than thinking about what she has given up, that date reminds her of what she got – a new kidney. This year, her celebration is even more special because it’s her silver “transplantiversary”. Twenty-five years ago, Maria’s brother, John Arriola, donated his spare kidney to her.

When she was in her thirties, Maria was diagnosed with kidney failure. She didn’t realize that her severe headaches were actually indicative of a more serious problem – high blood pressure. As a full-time mother who also worked in special education at a local high school, she thought that her headaches would go away on their own. Left undiagnosed and untreated, high blood pressure took an irreversible toll on her kidneys.

Fortunately for Maria, her brother jumped at the opportunity to donate his kidney and she only needed to be on dialysis for about a year before they had both been cleared for surgery. Ever since, Maria has been determined to pay it forward.

Today, a wife, mother of two grown children and grandmother of two, Maria is a rock to more people than just those in her family. Maria splits her time between facilitating support groups at a nearby hospital, mentoring others with kidney disease through the National Kidney Foundation’s PEERS mentor program and attending her granddaughter’s violin concerts.

As a PEER mentor, Maria shares her experience of having “walked in similar shoes” in order to help others adjust to living with chronic kidney disease, kidney failure, or a kidney transplant. Since signing up as a mentor in early 2012, Maria has already provided support to 8 people living with kidney disease. “I feel strongly that people with kidney disease know that they are not alone” says Maria, an educator by nature and by trade. She strives to empower others to feel knowledgeable about their condition.

By encouraging those at risk to get their kidneys checked and to understand the link between high blood pressure, diabetes and kidney disease, Maria educates others year-round. In honor of this special anniversary with her brother, she especially wants to spread the word about the importance of early detection and the life-changing impact that living donation can have. For more information about organ donation and becoming a living kidney donor, click here.