The International Distinguished Medal was established in 1990 to honor the achievement of individuals who have made significant contributions to the field of kidney disease and extended the goals of the National Kidney Foundation. The Foundation President presents medals each year to recognize the accomplishments of individuals through their clinical work, roles in academia, scientific discoveries or volunteer work in organizations similar to the Foundation. 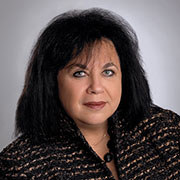 Joanne Bargman is a staff nephrologist at the University Health Network and Professor of Medicine at the University of Toronto. She received her MD cum laude from the University of Toronto. She was an exchange fellow in Melbourne for her senior medical residency year, and then pursued nephrology training at Stanford University. Her research focused on renal physiology and micropuncture. Upon returning to Toronto, she was recruited to the Toronto Western Hospital where she trained in peritoneal dialysis under Dimitrios Oreopoulos. She has more than 700 invited lectures internationally, on subjects as diverse as peritoneal dialysis, glomerulonephritis, and management of systemic lupus erythematosus. She is Director of Peritoneal Dialysis for the University Health Network in Toronto, President of the International Society of Peritoneal Dialysis 2012-2014, and co-director of the Combined Renal-Rheumatology Lupus Clinic for the University Health Network.

She has won the "Silver Shovel", given by the graduating medical class of the University of Toronto to the best lecturer in the undergraduate years. She has also won the University of Toronto Faculty of Medicine Postgraduate Teaching Award, given to the best teacher in the postgraduate program. She was chosen as the 12th Robert Collins Visiting Lecturer in Dialysis at the University of Colorado in Denver. In 2013 she was the recipient of both the Donald Seldin Award for excellence in nephrology at the National Kidney Foundation (US) and the award for teaching excellence from the Canadian Society of Nephrology. She was the 2015 Recipient of the Lifetime Achievement Award at the Annual Dialysis Conference in New Orleans. Dr. Bargman is co-author of the chapter "Chronic Kidney Disease" in the 17th, 18th and 19th editions of Harrison's Principles of Internal Medicine. 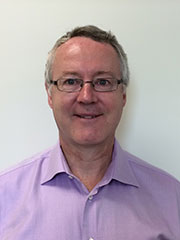 Dr. Barrett is a graduate of University College Cork, Ireland and moved to Canada in 1987. He is a Professor of Medicine at Memorial University of Newfoundland and Chief of the Division of Nephrology at Eastern Health. Dr. Barrett has a busy general nephrology practice and teaches Clinical Epidemiology graduate students. His research over the years has been focused on the clinical aspects of Contrast induced nephropathy and trials of therapy for those with chronic kidney disease. His research also addresses issues outside nephrology particularly in relation to the delivery of care. He is currently the Director of the NLSUPPORT Unit which is funded by the Canadian Institutes for Health Research. The Unit is engaged in a variety of Patient Oriented Research projects in areas such as drug and laboratory test utilization, housing options for seniors, and care for cardiovascular disease among others. It is anticipated that a greater focus on kidney disease will emerge in the near future as a national Kidney related Chronic Disease Network further evolves in Canada. 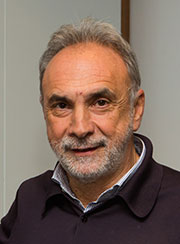 Dr. Remuzzi is the Director of the Department of Medicine of the Ospedali Riuniti di Bergamo (Papa Giovanni XXIII Hospital), in Italy, where he also serves as the Director of the Division of Nephrology and Dialysis. In addition, Dr. Remuzzi is the "Chiara Fama" Professor of Nephrology at the University of Milan. He also leads a group of scientists and clinicians devoted to the study of human renal diseases and their corresponding animal models from the perspective of pathophysiology and therapeutic intervention atthe Negri Bergamo Laboratories of the "Mario Negri" Institute for Pharmacological Research.

Dr. Remuzzi's work, focusing on improving the outlook for patients with end-stage renal disease, has led to major advances in many areas of nephrology. Areas of investigation and study include immunologic mechanisms that influence the survival of transplanted organs, understanding of immunologic tolerance in disorders that are linked to autoimmunity and finally, genetic diseases of the kidney. He is currently investigating the kidney's ability to regenerate itself.

Dr. Remuzzi has authored and co-authored more than 1274 scientific articles, reviews and monographs, and serves on the editorial boards of numerous journals. He is a member of the International Advisory Board of The Lancet and was an editorial board member of the New England Journal of Medicine from 1995-2013. From June 2013 until March 2015, he was President of the International Society of Nephrology (ISN) and creator of the ISN global initiative called "0 by 25": Nobody should die of preventable and treatable Acute Kidney Injury (AKI) by 2025".