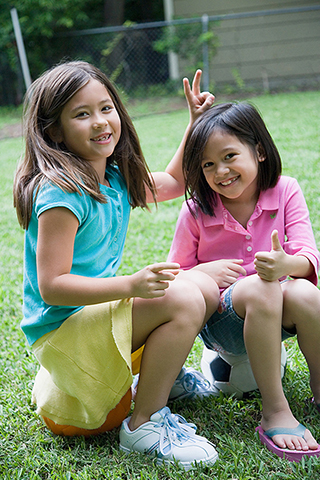 A child in an intensive care unit (ICU) who has suffered and recovered from acute kidney injury (AKI) is more likely to develop chronic kidney disease (CKD), according to one of the first long-term follow-up studies of its kind published in the April issue of the American Journal of Kidney Diseases, the official journal of the National Kidney Foundation.

The study focused on 126 children under the age of 18 with AKI, a sudden and often reversible reduction in kidney function that can develop in the ICU from complications of severe illness or treatments. These children were evaluated at one to three years after their injury to determine how many had developed CKD as a result of their previous AKI.

“The long-term implications of a single episode of acute kidney injury on overall kidney health has been well studied in critically-ill adult patients, but not in children,” said the study’s lead author, Dr. Cherry Mammen of British Columbia Children’s Hospital in Vancouver, Canada.

The most common cause of acute kidney injury in children admitted to the ICU is related to the lack of oxygen and blood flow to the kidneys, which may occur during major operations including cardiac surgery, severe infections (sepsis) and from various medications.

The study indicated that of children who have AKI in the ICU -- as defined by a standardized medical definition -- approximately10 percent had developed chronic kidney disease, as defined by reduced kidney function from blood tests and/or protein in the urine. An additional 47 percent were identified as being at risk for CKD with findings such as mildly reduced kidney function and high blood pressure.

“As pediatric ICU populations are growing and more are surviving due to advances in ICU care, it is important to identify AKI as a possible risk factor for the future development of CKD,” said Dr. Mammen. “Acute kidney injury is a common event in the ICU setting. Currently, many of these kids who suffer from AKI are not followed by a nephrologist, or kidney specialist, and in general are not monitored for their kidney health long term.”

Dr. Mammen said that the study has opened new avenues for further AKI research including determining the optimal methods of measuring kidney injury in high risk populations such as neonates and infants undergoing cardiac surgery.

“The study’s findings indicate the importance of children receiving follow-up care with a nephrologist, or a physician who will be able to monitor kidney function after AKI,” says Dr. Kerry Willis, National Kidney Foundation Senior Vice President of Scientific and Medical Activities. “It could be as simple as an annual urinalysis and blood pressure check… If you catch CKD early in a child, you may be able to treat it or slow its progression.”