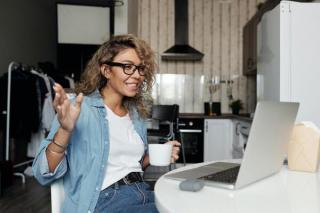 This August NKF Voices for Kidney Health advocates from across the country are meeting with their federal representatives, sharing their stories and working to ensure that the issues and policies important to the kidney community continue moving forward in Congress.

In Washington state, Sheryl Hughey celebrated her fifth kidney transplant anniversary by meeting with her congressman, Derek Kilmer, and his staff. Sheryl urged Rep. Kilmer to support our federal Living Donor Protection Act, particularly important to her given her background as a transplant recipient. She also highlighted the importance of our forthcoming home dialysis legislation and urged the congressman as a member of the House Appropriations Committee to work with his colleagues to ensure that federal programs that promote kidney disease awareness, education, and research are properly and robustly funded.

Meanwhile, in Wisconsin, Jeff Nelson met with staff for kidney policy champion Rep. Ron Kind, whose leadership in the House directly led to passage of a bill last Congress that ensured kidney transplant patients covered by Medicare had the immunosuppressed drug coverage that they needed. Jeff also expressed appreciation for the congressman’s support of the federal LDPA and expressed hope that he’d once again help lead the way once our home dialysis bill is introduced this fall.

In Ohio, Renika Smiley met with staff for Rep. Brad Wenstrup, where she led off by urging them to secure the congressman’s support for the federal LDPA and forthcoming home dialysis legislation. The latter is particularly important to Renika given her father’s experience as a kidney dialysis patient, where he faced challenges finding reliable transportation to and from his treatments. She expressed hope that expanding access to home dialysis would help kidney patients who find themselves in a similar position.

And in Texas, high school student and advocate Kapil Panda carried on his grandmother’s legacy by sharing her kidney patient story and asking staff for Rep. Beth Van Duyne to honor that legacy and every kidney patient that she represents by supporting our congressional agenda.

Thanks as well to the following advocates for holding meetings and contributing to this important grassroots effort:

If you would like to meet with your Member of Congress, please reach out to NKF staff and we’ll work to schedule a meeting and prepare you with the most updated information.