Kidney Screenings Are A Chance At Life: LaTonya's Story 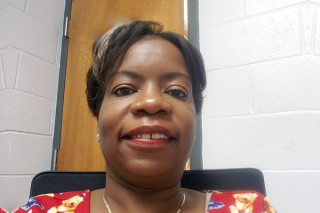 For LaTonya Daniels, kidney screenings are a chance at a better life—and life itself. LaTonya received a diagnosis of kidney disease 12 years ago, just after her 40th birthday.  Before going on a family vacation, she went in for a regular checkup. The doctor later called back, saying that she needed to come in immediately. After some more tests and visiting a nephrologist, she was told that she was in the beginning stages of kidney disease.
The diagnosis completely caught her off-guard. However, previously, she had dealt with eclampsia after giving birth to one of her daughters and had suffered from gout, so she was considered at high risk for kidney disease. Six years after her diagnosis, LaTonya had to start dialysis.
A graduate of the University of Pittsburgh, LaTonya specializes in health information and medical records. During the early years of her career, LaTonya ran screenings as part of her job and would regularly volunteer at health screenings. In 2013, LaTonya was able to work with the local office of NKF to have a KEEP® Healthy event at her employer, St. Ignatius Nursing Home in Philadelphia. She made it her mission to help those at high-risk for kidney disease.
LaTonya’s belief in the value of screenings wound up saving her own life. She had been on the transplant waiting list shortly after her original kidney disease diagnosis but had to extend her wait due another diagnosis—of breast cancer. “If I wasn’t keeping myself healthy and doing these screenings, I never would have went in to get a mammogram.”
In 2015, eight days short of her 48th birthday, LaTonya received a kidney from an unknown deceased donor, whom she lovingly named “Kenny.” She said,” I celebrate life everyday but now have an extra special celebration on my birthday. It has been my best present ever!”
LaTonya believes that there are many others at high risk who could be helped by going to a kidney screening. She will be collaborating with NKF to do her fourth KEEP Healthy screening in November 2019, which now includes a wider population than just those at risk for CKD. She is cancer-free and is currently moving her younger daughter into her dorm at the University of Delaware.
LaTonya describes the time of her life where she was waiting for a kidney as, “Forever in front of you, and flying behind you.” She can’t believe it has been four years since she received her kidney, but she is “in it” with those who are still waiting for their chance, and hopes to educate donors, recipients, and those at risk.