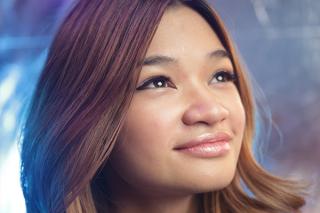 Life after kidney failure can be overwhelming and debilitating, especially for children patients and their parents.

Dialysis is a necessary part of life unless you have a kidney transplant. But very few people can get a transplant because there are so few kidneys available. So often, there is no choice. But that doesn’t mean you have to give up.

Angelica Hale was 4 years old when she suddenly faced life-threatening double pneumonia that eventually destroyed her kidneys. Her parents watched their little one fight for her life for days on end, first in the hospital, and then during the slow recovery that included months on dialysis.

After almost two years of this regimen, James and Eva Hale needed to take action to give their daughter a better life. So, they both got tested to determine if they could donate a kidney to their daughter. Eva was a match. That was in 2013, and ever since, the Hale family have led a much different, but even more remarkable life.

Today, Angelica is 13 years old and is already a celebrated recording artist, reality competition star, actress and voice-over actress, with a social media following in the millions. You probably remember her incredible, tear-jerking moment covering Alicia Keys' "Girl on Fire," on America’s Got Talent. She became the youngest runner-up in the show’s history during the 12th season. She was just 9 years old.

For the last four years, she has used her vast platform to raise awareness about kidney health and transplantation as the first-ever National Kidney Foundation’s (NKF) “Kid Ambassador.” She has served as a media spokesperson for NKF, provided content for NKF’s social media platforms, gone to Capitol Hill to meet with Members of Congress appeared in PSAs, and so much more for our foundation and the cause of kidney health.

Is your jaw on the floor yet? Because if you didn’t know by now, this girl is on fire.

“I know not everyone is as fortunate as I was,” said Angelica, who is Filipino-American, during a recent interview for Asian American Pacific Islander (AAPI) Heritage Month. “I’m grateful that I’ve been able to use my experience and my voice over the past few years to be an advocate for and to help raise awareness of kidney disease and living organ donation.”

She has some wise advice to other kids with kidney disease: “I know it can be hard to open up to others about your trauma and suffering, and you may not want to talk about it. This is normal. Just know that by sharing your story, you are helping to give a voice to many thousands of others who may be going through something similar. I found this to be part of the healing process.”

While Angelica pursued her professional career as an actress and performer, she has worked hard as the NKF Kid Ambassador. She regularly shares her story as a living-donor kidney recipient to promote kidney donation. She uses her social media presence to draw a crowd for various NKF fundraising events. And she uses her effervescent personality to teach children and adults about the importance of kidney health and testing.

In fact, her entire family gets in on the task of teaching people about kidney disease. Her family has shared their story in a PSA about NKF’s living-donor transplantation platform called THE BIG ASK: THE BIG GIVE.

“At the end of the day, advocating for the NKF has been one of the most rewarding things I have ever done, and I encourage anyone out there, patients or not, to share your personal stories of struggle because you never know who needs to hear your message and who your words will end up helping,” Angelica said.

“From the very beginning, my family has been there for me,” Angelica said. “They never left my side while I was in the hospital, battling for my life, and they continue supporting me in my singing endeavors as a team.”

“Having my family so close to me and getting to work together with them on my passion and dreams is more than I could ever ask for,” she said. “Especially in the pandemic, I need my family now more than ever.”

“Seeing Angelica go through the treatment while trying to fulfill her dream to be an artist was heart breaking, but she was so brave, and she never gave up working towards her dream no matter how difficult it was,” said Eva Hale, Angelica’s mother, and kidney donor. “We’re truly grateful that she has been able to inspire others, and honestly, we feel such a sense of relief knowing that by sharing our story, we may be able to help others.”

But Eva doesn’t see herself as a hero, though Angelica might disagree.

“My family is my life,” Eva said. “I don’t know what I would do if something happened to them. They’re my everything. I will protect them and love them forever. We are so happy that our family has been able to help those who have kidney failure by using our experience to help raise awareness and encourage others to never give up.”

People who are Asian American, or Native Hawaiian or Other Pacific Islander are at increased risk for developing kidney disease.

“Unfortunately, Asian countries and Asian Americans are both experiencing a very high rate of kidney disease,” said Eva, who is Filipino. “This is concerning and as a community, we may often be scared and not know what to do. Therefore, it is important for me and my family to use our voice and speak up as Asian Americans, having personally experienced the consequences and heart break of kidney failure in our family.”

Angelica is on the same page as her mother.

“Raising awareness for both kidney disease as well as the AAPI discrimination we’re facing today is extremely important,” the 13-year-old said. “There is no better time than now for us to come together as a community. Representation matters and the fact that I get to stand up and use my voice as an Asian-American, a group that has been historically under-represented here in the United States, is both humbling and rewarding.”

What’s Next for Angelica?

Angelica continues to support NKF and raise awareness for kidney health, kidney disease and living-donor transplantation. You can check out her PSA’s on NKF’s YouTube channel, Facebook page, and check out a new program she just helped NKF launch for kids to learn about keeping kidneys healthy called Your Kidneys and Youth. More information and free resources for teachers and families can be found at kidney.org/kids.

COVID-19 may have curbed her in-person performances, but that hasn’t stopped this young powerhouse from the work. You can find Angelica on social media @angelicahale, where she will frequently livestream. You can also find her music on Spotify, iTunes, and anywhere digital music is available.

Parting Words of Advice from a Kidney Warrior

“Unfortunately, not everyone considers how dangerous and life-changing kidney disease can be for someone, especially if they are not directly affected by it,” Angelica said. “Kidney failure completely changed my life forever, but prior to my diagnosis, I honestly had no idea that my kidneys played such a significant role in my quality of life.”

“I imagine that most children and possibly many adults are just like I was,” she said. “The fact that tens of thousands of adults and kids are experiencing kidney failure and awaiting a kidney transplant right now is just heart-breaking. I was fortunate that my own mother was a match for me and that she didn’t hesitate to give me one of her kidneys, which ultimately saved my life. I want the same for every other person with kidney failure.”