Seeking a Treatment for Calciphylaxis 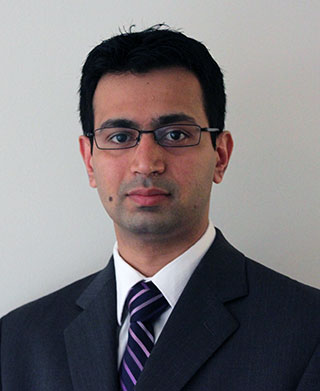 By studying the rarest and most malicious diseases, scientists can often uncover solutions for a host of other ailments.

Sagar Nigwekar, MD, MMSc an Assistant in Medicine at Massachusetts General Hospital and an Instructor in Medicine at Harvard Medical School, is on the front lines of one of the most sinister conditions known to affect kidney patients -- Calcific uremic arteriolopathy or calciphylaxis.

Calciphylaxis is a type of vascular calcification generally seen in patients with kidney failure. The condition causes skin lesions and severe pain and usually has a high mortality rate. Typically, patients diagnosed with calciphylaxis live about six months. Dr. Nigwekar hopes that unraveling the mysteries of the disease will not only save lives, but lead to advances in a treating a multitude of other calcification disorders.

"Calciphylaxis has been observed for over 50 years, but there is no effective treatment," said Dr. Nigwekar. "As we map the biology, risk factors, prevention and eventually, treatment of calciphylaxis, we believe it will lead to a number of advancements in understanding the mechanisms of vascular calcification."

Vitamin K has been shown to have calcification-inhibitory properties. However, dialysis patients are usually vitamin K deficient due to recommended dietary restrictions aimed at restricting potassium and sodium-rich foods that are also rich sources of vitamin K. Results of the trial will also have implications for people who take the anti-coagulation medication warfarin that inhibits the use of vitamin K by the body.

"Once we learn the biology, this information will inform treatments for other types of vascular calcifications in blood vessels found in the brain, heart and other parts of the body," Dr. Nigwekar said. "While those conditions may not have the same fatality rate as calciphylaxis, by studying this rare disease we hope to apply what we learn to more common types of vascular calcification."