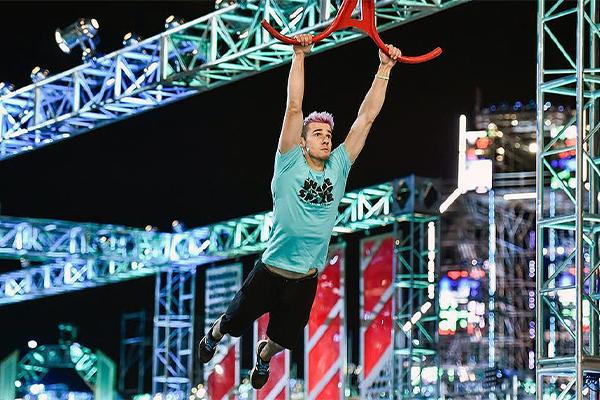 October 22, 2020, New York, NY—American Ninja Warrior competitor Austin Gray joins forces with The National Kidney Foundation (NKF) to help kidney patients who need a transplant. Gray, who donated a kidney to a childhood friend, is a current finalist on the show which aired last night.

In a new PSA and long-form video, which chronicles Gray’s journey to becoming a living donor to kidney patient Kaylee Adams, he discusses how he first decided to donate and how it affected his experience on the hit show airing on NBC.

“There are 100,000 people who need a kidney, and I think there’s definitely 100,000 people in the country who are willing to be donors but just don’t know it yet. Almost everyone has the capacity to do what I did,” says Gray in the PSA.

The new PSA with American Ninja Warrior Austin Gray is part of NKF’s living donor platform, THE BIG ASK: THE BIG GIVE, which offers free resources to kidney patients and families looking for a living donor, and free resources to those who are thinking about donating a kidney for transplant. THE BIG ASK: THE BIG GIVE is designed to increase kidney transplant and living donation through educational programs, direct patient and care partner support, and by teaching kidney patients how to share their story and make the “big ask” to their friends, loved ones, or community to consider making the “big give” of a life-saving organ.

“A kidney transplant, not years on dialysis, is the best treatment for kidney failure,” said Kevin Longino, CEO of the National Kidney Foundation and a kidney transplant patient. “To the National Kidney Foundation, people like Austin Gray are heroes, they selflessly donate a kidney to someone in need and by doing so, give this kidney patient a chance to live a long and healthy life. We’re so grateful to him for helping us raise awareness of living donation and we’ll be cheering for him during the finals,” added Longino.

“After my transplant, I was able to go back to a normal life, my job and school,” said Kaylee Adams. “By Austin donating his kidney to me, he absolutely changed my life and I’m truly so grateful.”

You can see the PSA on NKF's social media channels this month and online at kidney.org/livingdonation.

Austin Gray will compete in the American Ninja Warrior Finals airing next Wednesday October 28th on NBC. To learn more about becoming a kidney donor go to kidney.org/livingdonation, or call toll free 855.NKF.CARES (855.653.2273). To share your living donor story on social media, use the hashtag #BigAskBigGive.

In the United States, 37 million adults are estimated to have chronic kidney disease—and approximately 90 percent don’t know they have it.  1 in 3 American adults are at risk for chronic kidney disease.  Risk factors for kidney disease include: diabetes, high blood pressure, heart disease, obesity, and family history. People of African American, Hispanic, American Indian, Asian, or Pacific Islander descent are at increased risk for developing the disease. African Americans are almost 4 times more likely than White Americans to have kidney failure.  Hispanics are 1.3 times more likely than non-Hispanics to have kidney failure.

About Dialysis and Transplant

THE BIG ASK: THE BIG GIVE platform, which provides nationwide outreach, is designed to increase kidney transplantation through programs and tools that help patients and families find a living donor. It includes direct patient and caregiver support through our toll-free help line 855.NKF.CARES (855.653.2273), peer mentoring from a fellow kidney patient or a living donor, online communities, an advocacy campaign to remove barriers to donation, and a multi-media public awareness campaign. All resources are free and designed to teach kidney patients, or their advocates, how to make a “big ask” to their friends, loved ones, or community to consider making a “big give,” a living organ donation. www.kidney.org/livingdonation.

For season 12 of NBC’s “American Ninja Warrior,” which was filmed in St. Louis at the Dome at America’s Center, the top 50 athletes will bring along two people from their communities to compete with them for a total of 150 competitors. The season will feature an abridged format with multiple rounds: Qualifiers (6 obstacle course), Semi-Finals (10 obstacle course) and Finals (10 obstacle course + Power Tower playoff bracket). To determine the winner during the Finals, the top eight ninjas will compete in a playoff bracket where they will race head-to-head on the Power Tower. The winner will earn $100,000.

The series is executive produced by A. Smith & Co. Productions’ founders Arthur Smith and Kent Weed along with Brian Richardson, Anthony Storm and Kristen Stabile.