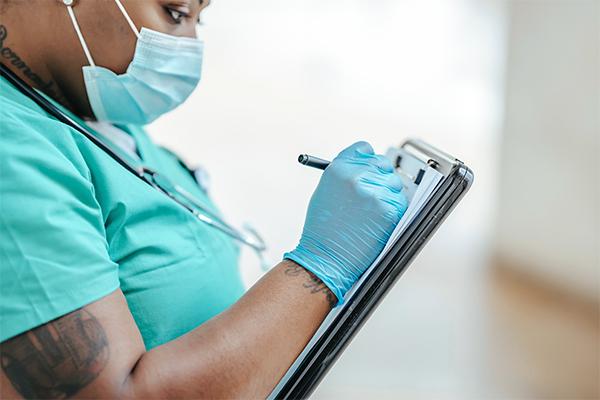 Dec. 7, 2020, New York, NY —A new study published today in the National Kidney Foundation’s American Journal of Kidney Diseases (AJKD) has found that it is possible to accurately assess patients for the stages of kidney disease without using race in the equation, which is currently routinely used as part of the diagnosis process in the United States.

Kidney disease affects an estimated 37 million adults in the U.S. and can lead to life-threatening kidney failure. Most of those with the disease don’t know they have it and won’t know until it has progressed to critical late stages. People of Black or African American, Hispanic or Latino, American Indian or Alaska Native, Asian American, or Native Hawaiian or Other Pacific Islander descent are at increased risk for developing the disease. Black people or African Americans are almost four times more likely than White Americans to develop kidney failure.

The study, “A New Panel Estimated GFR, Including β2-Microglobulin and β-Trace Protein and Not Including Race, Developed in a Diverse Population”, published today in AJKD, is the work of a team lead by principal investigator Lesley A. Inker, MD, MS, Division of Nephrology, Tufts Medical Center, Boston.

“This is an exciting step towards highly accurate [glomerular filtration rate] GFR estimates that do not require race, and ultimately any demographic factors,” Dr. Inker said.

Assessment of GFR is critical for many aspects of medical practice. GFR estimation based on creatinine and cystatin C together (eGFRcr-cys) is more accurate than eGFR based on either creatinine or cystatin C alone, but the inclusion of creatinine in eGFRcr-cys requires specification of a person’s race.

Beta-2-microglobulin (B2M) and beta-trace protein (BTP) are alternative filtration markers that appear to be less influenced by race than creatinine. In a pooled dataset of seven studies (5,017 participants), the investigators developed new estimating equations based on the combinations of these markers, with and without age or sex and race. In a separate pooled dataset of seven studies (2,245 participants), they showed that the equation, which used all four markers (creatinine, cystatin C, BTP and B2M), and age and sex, but not race, was as accurate as eGFRcr-cys. A more accurate race-free eGFR could be an important advance, the investigators reported.

According to Dr. Inker, the race-free assessment will need further study and the next steps should include obtaining approval for an assay that can be used for clinical purposes in the U.S., developing clinical and laboratory practice guidelines that consider indications and preferred diagnostic strategies for laboratory testing and reporting panel eGFRs; manufacturers and clinical chemists should develop standards as have been developed for creatinine and cystatin C; and further studies are required to understand how best to use these equations in clinical practice, especially in diverse clinical settings and geographical locations.