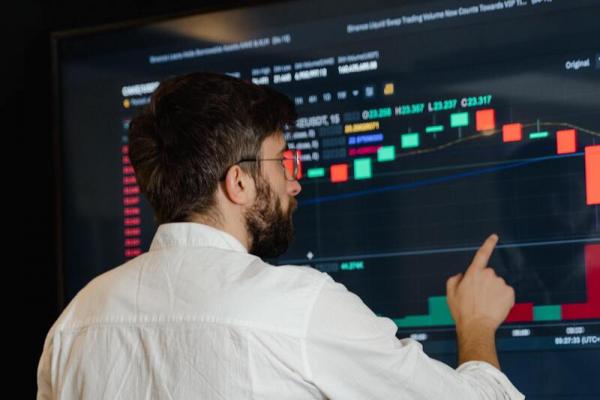 May 26, 2021, New York, NY ­­– Elongate, the world’s largest, first-ever charity cryptocurrency, will host a livestream on Twitch Sunday, May 30 from 12 pm to 1 pm ET announcing an exciting opportunity with the National Kidney Foundation (NKF), the largest, patient-centered organization dedicated to the awareness and prevention of kidney disease. Elongate will introduce NKF’s CEO Kevin Longino and Board Chair Anthony Tuggle to the cryptocurrency community as well as share the impact of NKF’s work on patients’ lives. This collaboration illustrates Elongate’s commitment to increasing awareness within their community about the disproportionate impact kidney disease has on communities of color. Elongate will encourage their community of investors to get involved in the fight against kidney disease and help NKF continue its life-saving work.  NKF is the first kidney organization to benefit from this new, exciting platform and donation opportunity with Elongate.

“We are so grateful to Elongate for this exciting collaboration and innovative charitable cryptocurrency community interested in learning more about kidney disease, a public health crisis affecting 37 million adults in the U.S.,” said Kevin Longino, CEO of the National Kidney Foundation and a kidney transplant recipient. “This is our first foray into the cryptocurrency space, and we’re really excited to build a relationship with Elongate and its community members while also sharing the impact of their support on those living with kidney disease.”

Elongate is a fast-rising cryptocurrency token born from a tweet dated March 25th by billionaire technology philanthropist Elon Musk. A blockchain developer created Elongate, a community-driven token that integrates the general nature of crypto trading with charitable initiatives. A few days into its inception, Elongate community members self-organized to maintain, administer, and scale the project. The Elongate team is determined to change the face of charitable giving by hosting weekly livestreams called “charity parties” with their tight-knit community of investors. At present, Elongate has no affiliations with Elon Musk.

Building milestones upon milestones, Elongate is also in the process of launching the world's first charity-focused exchange, the Elongate charitable-impact wallet, NFT campaigns and other exciting crypto innovations by the second quarter of 2021. The team is about to release the revamped Elongate website, roll out NFT's, and incorporate merchandise that will be very soon. All merchandise sold through the shop will have 80% of the proceeds donated to charity.

“I’m so excited to bring two dynamic organizations together to build awareness of kidney disease through this innovative collaboration with the world’s first-ever charitable cryptocurrency,” said NKF Board Chair Anthony Tuggle, President of Customer Operations at Afiniti and a kidney transplant recipient. “It’s been 22 years since I was given the gift of life through a kidney transplant, and I just want to continue to pay it forward and help as many people as I can dealing with this difficult disease. NKF has a mission to help the one in three adults in the U.S. at risk for kidney disease and Elongate has a community of concerned citizens ready to support charities in need. It’s a great collaboration we’re happy to explore.”

In less than two months since their inception, Elongate has supported numerous charitable organizations by donating a total of $2,300,000 to nonprofits in the U.S. and abroad. Elongate was listed on its first major exchange, Bitmart, just days after a successful audit by CertiK. CertiK is a blockchain company that conducts security audits of other blockchains, DApps, wallets, and smart contracts. Elongate was officially on-boarded May 5th, 2021 and received a high security score of 88.

“We support nonprofits making a positive impact on the lives of millions in society and that’s why we’re so excited about this collaboration with the National Kidney Foundation (NKF),” said Chief Executive Officer Lorenzo Andree. “The cryptocurrency space is an untapped power wherein its supporters are willing to help change the world. Considering the global prevalence of kidney disease, NKF has touched the Elongate family with their aim to improve the quality of life of those living with kidney disease.”

To join the charity party, go to Twitch. Learn more about Elongate here and for more information regarding kidney disease, visit kidney.org.

In March 2021, ELONGATE began as a meme, inspired by its favorite billionaire, Elon Musk. The battle against the global pandemic has forced the world to embrace digital initiatives in a parabolic trajectory. Elongate, the world’s first and largest charitable cryptocurrency token, aims to harness the untapped power of the crypto space and serve as the gate to global charitable acts that could help make this world a better place. For more information on Elongate, visit its official website at https://www.elongate.cc/, visit them on Facebook at https://www.facebook.com/elongate.cc and follow them on Twitter @elongateog and Instagram @elongate.cc.