NKF Calls on USPSTF to Prioritize Screening Recommendations for CKD 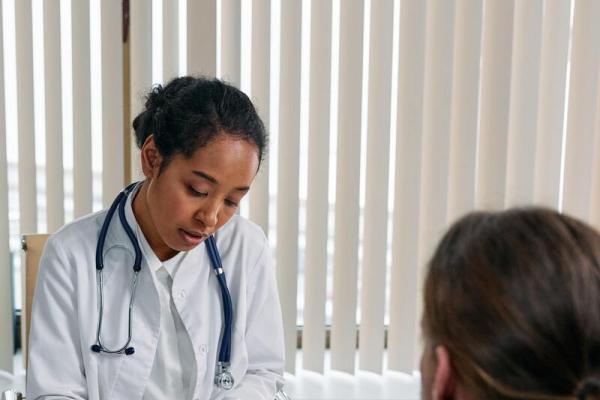 March 10, 2021, New York, NY —Chronic kidney disease (CKD) is the tenth leading cause of death in the United States, affecting an estimated 37 million Americans. Despite being preventable and treatable, CKD is too often not intensively managed until a patient has progressed to kidney failure, resulting in costs to the Medicare program that exceed $153 billion annually. The US Preventive Services Task Force (USPSTF), which is charged with providing evidence-based recommendations on clinical preventive services, does not offer any recommendations for CKD screening, even as 90 percent of individuals with CKD are undiagnosed. This World Kidney Day, NKF urges the USPSTF to issue a recommendation that prioritizes screening and early detection for people at high risk for CKD.

“Randomized trials have demonstrated kidney and cardiovascular protection using new CKD therapeutics that increase the potential outcome and cost benefits of CKD diagnosis compared to 2012 when USPSTF last reviewed CKD screening,” said Joseph Vassalotti, Chief Medical Officer for the National Kidney Foundation. “Overwhelming evidence from clinical trials shows the sodium glucose co-transporter-2 (SGLT-2) inhibitor drug class has efficacy in slowing CKD progression and reducing risk of cardiovascular events, particularly heart failure hospitalization, in CKD patients with Type-2 Diabetes Mellitus (T2DM), as well as without diabetes. The absence of screening guidance from the USPSTF contributes to the underdiagnosis of CKD, especially among socioeconomically disadvantaged populations. For example, African Americans are 3 to 4 times more likely than White Americans to experience kidney failure and are more likely to have diabetes and hypertension.”

CKD testing is non-invasive and inexpensive. If CKD is detected and diagnosed, its progression can be slowed or stopped and associated cardiovascular risks reduced. Unfortunately, most kidney patients never learn they have kidney disease because they die prematurely from avoidable cardiovascular events. Annually, more than 100,000 people are diagnosed with end-stage kidney disease (ESKD) and become reliant on dialysis or a kidney transplant to survive. Black and Hispanic patients with CKD have more rapidly progressive disease and are disproportionally represented in the ESKD population, likely due to their increased risk for social determinants of health such as poverty, access to healthy food and neighborhood air and water quality. Ensuring that all people at risk for CKD are screened is the first step to closing gaps in care that leave patients from structurally disadvantaged groups behind.

Current evidence supports testing of individuals at risk for CKD, including individuals with diabetes, hypertension, cardiovascular disease, family history of kidney disease and individuals with a history of acute kidney injury as recommended by the NKF Kidney Disease Outcomes Quality Initiative (KDOQI), the American Diabetes Association (ADA) and the Kidney Diseases Improving Global Outcomes (KDIGO). In addition, there are several interventions that may not effect CKD progression, but reduce risk of cardiovascular disease, including statin-based therapies and the glucagon-like peptide receptor agonists (GLP-1 RA) drug class for T2DM. Observational studies have shown multidisciplinary care that may include a dietitian, pharmacist and nephrologist is also associated with improved outcomes for T2DM with CKD.

Prioritizing the development of a USPSTF CKD screening recommendation is foundational to achieving the health equity potential of new race-free clinical algorithms in kidney disease. In September 2021, the NKF-American Society of Nephrology (ASN) Task Force on Reassessing the Inclusion of Race in Diagnosing Kidney Diseases recommendedthe adoption of a new race-free equation to minimize potential consequences that disproportionately affect any one group of individuals. Removing race correction from clinical algorithms is important to society to avoid implying a biologic cause for race, which is a social construct. Kidney health equity will require targeted CKD testing and improved access to care, including disease modifying medications.

“Ultimately, CKD is a health equity issue,” added Sylvia Rosas, MD, NKF President-elect and Associate Professor of Medicine, Harvard Medical School. “These disparities have less to do with genetics and everything to do with social determinants of health. If we can identify individuals with CKD earlier – at a more manageable stage of their disease – we can slow disease progression and help achieve better outcomes. The USPSTF must act if we ever hope to adequately address inequity in CKD care.”