A Strong Start for Kidney Policy at the State Level 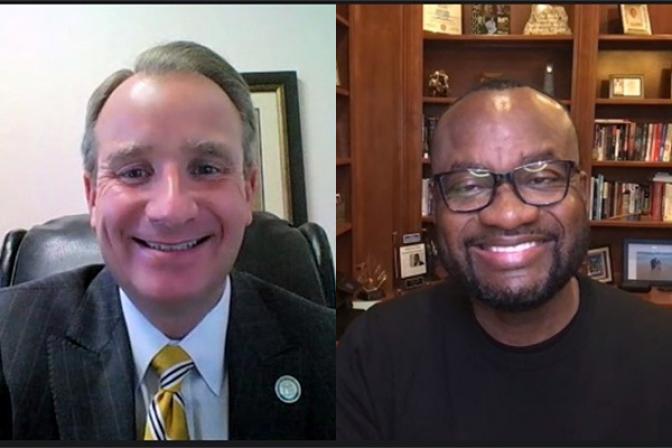 Kidney policy is off to a strong start in 2022, with eighteen bills introduced across fourteen state legislatures. NKF Board member and transplant recipient Manish Agarwal kicked off the year for us, speaking in support of Virginia’s Living Donor Protection Act (LDPA) in January. The LDPA has since passed unanimously through both chambers of the legislature and awaits reconciliation in conference, after which we look forward to the governor signing it into law. The Virginia bill is just one of eleven LDPAs NKF is leading the efforts to pass at the state level. NKF advocates have testified in support of LDPA legislation in Indiana, Nebraska, and Georgia.

In addition to LDPAs, NKF is supporting legislative efforts to offer a tax credit for employers who offer paid leave for living organ and bone marrow donation in three states. In late January, we partnered with other advocacy organizations to host a policy forum on the tax credit bill in Kentucky.

Legislation in Georgia combines the LDPA and tax credit legislation into one package. Georgia Senator John Albers introduced the “Giving the Gift of Life Act” in January. For him, the legislation is personal. He donated a kidney to his son just last year. NKF National Board Chair Anthony Tuggle met with Senator Albers earlier this month to discuss our ongoing support of his bill.

As the kidney patient community continues to navigate the challenges posed by the Omicron variant that surged through the country in December and January, COVID-19 spread rapidly among patients and staff at dialysis centers. Existing staff and supply shortages have been spread even thinner, threatening patient access to their life-sustaining treatment. Recognizing the threat this poses to people with kidney failure, NKF issued a joint statement with the American Society of Nephrology (ASN), urging immediate action to ensure that dialysis facilities have access to the supplies and staff they need.


As National Kidney Month kicks off, more than 220 Voices for Kidney Health advocates are poised to seize the moment by meeting virtually with their lawmakers in Congre...


Last week more than 220 Voices for Kidney Health advocates from across the country met with their federal lawmakers in Congress and urged them to join us this National...