Hope for Kidney Disease – More Than One Way to Help 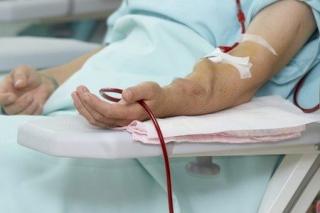 Every single night for 8 – 10 hours, Coleen Hirsch must be secured to a dialysis machine. This 56 year old woman of Pembroke state? needs a catheter inserted into her abdomen daily to clean out her system removing waste and overall mimicking proper kidney functions. Hirsch suffers from a syndrome that causes continuous kidney damage, a disease thought by the National Kidney Foundation that replaces healthy kidney tissues with scar tissue.

Many are in need

She is not the only one who suffers from this unfortunate disease. Over 100,000 Americans are also in need of a kidney transplant, and Hirsch is opening our eyes up to the urgent need for kidney donors. According to the U.S, Department of Health and Human Services data, there are fewer than 5,500 kidneys available nationwide.

More than 2,200 people are on the waiting list in Massachusetts alone as of August 1st, yet there were only a mere 208 donors for those patients. Hirsch lets us know the severity of the situation, of how a woman at her age can wait an average of three to five years for a new kidney. Relatives cannot give their kidneys because of their genetic predisposition for kidney failure. Getting a live kidney donation is a rarity.

Signs of kidney failure are starting to show even in Hirsch’s children, her 25-year-old daughter and a 19-year-old son. She’s been awaiting a first grandchild due mid-September and despite her efforts of postponing it must start dialysis.

The difficulty that Hirsch faced since she was diagnosed three years ago has continued to increase to the point of exhaustion. The struggle of getting out of bed in the morning became common. At first it seemed that these struggles were caused by the sudden loss of her husband, and while that’s part of it, the other part is something she never even considered, kidney failure.

The doctor informed Hirsch that her kidneys only have 20% of their normal function. Her kidneys were failing despite her overall good health. Hirsch’s father had passed away after 12 years of hemodialysis at the age of 52. Hemodialysis is required to live when a person’s kidney function falls to 12 percent or less. Hirsch prepares for dialysis as her kidney function is currently at 15 percent.

Last year there was a change made to the kidney donor criteria, causing kidney donations to first go to those with the greatest chance of long-term survival afterwards rather than those who have been on the waiting list the longest. These patients are scored based on time on dialysis, age, and if they have diabetes. Because the pool of donors is small, cHirsch and many others have low expectations of receiving a kidney.

Bring hope to Hirsch and the other 100,000 patients suffering from a failed kidney. In addition to the 100,000 people on dialysis on the United States, an estimated 73 million Americans are at risk for kidney disease.

Donating a kidney is not always an option, but donating a car is. Kidney cars will pick up your vehicle for you and use it to benefit the lives of people like Hirsch, on the kidney waiting list. Make your own difference and help out in this nationwide struggle for kidneys with the generous donation of your vehicle.