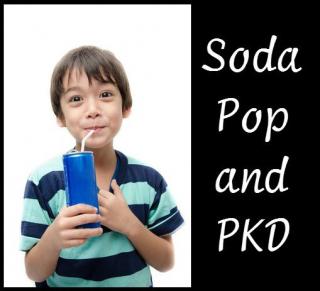 There are some things that are easy to figure out: how to run a microwave, how to cook ramen noodles, and donating cars to a good cause. But other things can be confusing and feel like a minefield when navigating the available information. Like understanding the IRS tax code, picking apart what is canon and what isn’t in the Marvel Comic universe, and knowing whether or not you should drink soda pop when you’re dealing with kidney disease.

For years there have been anecdotal stories and suggestions made about how soda will destroy your kidneys, that anyone with kidney disease can never have a root beer float again. Ever. In their entire life. But is there any truth to that claim?

Here is some of the science behind the "no soda" suggestion.

It’s Not What You Think

Many anecdotal suggestions list carbonated water as the main culprit and reason for avoiding soda when your kidneys are compromised, but it’s actually other ingredients that pose the largest risk. In a 2007 study researchers discovered a link between one soda in particular that increased the risk of kidney disease in patients: cola.

The main culprit in their findings was not the carbonation but rather the phosphoric acid, which is unique to cola drinks, that poses the biggest threat to anyone with the PKD gene mutation or any other kidney disease. High sugar and salt levels also pose a health risk, as diabetes and high blood pressure both affect and worsen chronic kidney disease.

The researchers found a link between drinking 2 or more sodas a day with a 2-fold risk of kidney disease symptoms. This can be either good or bad news depending on your current dependence upon that sugary-sweet yum of cola drinks. For the occasional pop drinker this means you are probably okay to continue drinking a cola with your burger once in a while. Even one a day may not noticeably increase your risks of kidney complications, though you’ll want to confirm that with your own doctor. However, if you’re a chain 6-pack drinker, you’ll want to seriously reconsider that part of your diet.

Water consumption is key to good kidney health, and if you’re drinking so much cola that you’re replacing your daily water intake with soda, then you’re putting your health at great risk.

Breaking a soda pop habit can be very difficult, particularly if it is how you currently quench your thirst, but it’s not as hard if you plan a slow reduction. Start with one less soda a day for a few days, then reduce the amount again, until you are down to no more than one soda a day.

If it’s difficult for you to switch directly to water, try a flavored seltzer water or even a slightly watered down version of your normal drink. Try to avoid overly sugary drinks, and include as much water as you can. Water really is a PKD patients best friend.

Soda pop isn’t the worst thing you can consume if you’re dealing with PKD, but it certainly isn’t the best thing either. It ends up being a case of empty calories, with no redeeming nutrients or vitamins to help keep you healthy. If you view it as a treat, rather than a daily routine, your kidneys will thank you.