Vehicles Most Likely to Get Stolen 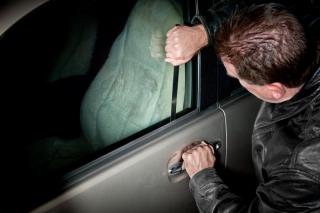 In many cities, the Honda Civic has been the most targeted vehicle in the country for theft along with the Honda Accord and Toyota Camry because the parts for these cars are valuable. Car thieves today also target more pricey vehicles with horsepower, pop culture appeal and bling.

Two cars that have theft claim rates over five times higher than the 2016 to 2018 average models are the Dodge Charger HEMI and the Dodge Hellcat. America’s mid-sized muscle car, the regular 2-door and 4-door Dodge Charger is another tempting target that could be gone in 60 seconds if left parked in the wrong place.

The Infiniti Q50 4-door, the Infiniti QX80, the Mercedes-Benz S-Class, and the Chrysler 300 4-wheel drive vehicles are also on the most wanted list of car thieves. The Cadillac Escalade no longer tops the list after General Motors added sensors which triggers an alarm if someone attempts to load the car on a flatbed truck.

Valuable big engine and monster pickups are also topping the list like the Chevy Silverado 1500 and the GMC Sierra crew cabs. Why are so many trucks getting stolen? One reason might be location as most are taken in places out west farther away from big cities.

For three years running, Albuquerque, New Mexico is at the top of the 2018 list for the car theft in the country. This city has the highest chance per-person of residents finding their car gone and nothing but broken glass remaining. Other cities you might not want to leave your vehicle unattended include St. Joseph, Missouri; Anchorage, Alaska; Vallejo, Bakersfield, Modesto, Redding and Stockton, California.

While overall car thefts are on a downward trend because of high tech anti-theft devices, modern technology won’t succeed over the sophisticated car thief who looks for specific makes and models. Recently, thieves have used laptops to steal Jeep Wranglers and Grand Cherokees in Texas utizling the on-board computer diagnostic port to trick it into accepting a generic key, according to a report on CBS This Morning.

Even with all the public attention encircling Tesla cars, the models X and S are some of the least stolen, according to HLDI. Electric vehicles have a lower rate of theft claims than compared to other cars. This might be due to owners parking them in their garage or leaving them bound to a power outlet.

Steps to help your car not get stolen

1. Park your vehicle in a well-lit area.