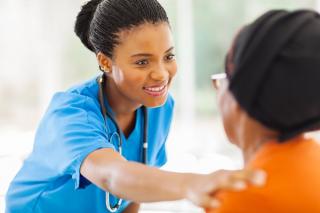 The National Kidney Foundation Statement about INVOKANA® (Canagliflozin)
New York, NY–Sept. 30, 2019— “The Janssen Pharmaceutical Companies of Johnson & Johnson announced today that their drug INVOKANA® (Canagliflozin) has been approved by the U.S. Food and Drug Administration (FDA) to reduce the risk of end-stage kidney disease (ESKD) and cardiovascular events in patients with Type 2 diabetes and chronic kidney disease (CKD). It is the first new treatment for diabetic kidney disease (DKD) to be approved by the FDA in decades.”
“The National Kidney Foundation applauds Janssen for bringing forth this new treatment and urges patients to discuss the implications of this new option with their healthcare professionals.”
“Earlier this year, NKF brought together a group of clinicians, researchers, patients and FDA representative for a two-day, workshop titled ‘The Role of the Kidney and SGLT2 in Glucose Homeostasis and Kidney Disease.’  The American Journal of Kidney Diseases will publish in the future a summary of the recommendations from the workshop. Several initiatives to inform patients and healthcare professionals will soon be launched as a result of the workshop.”
“Diabetes and CKD are common and complex disorders, which often co-exist, and each are associated with multiple comorbid conditions and higher risk for mortality.  SGLT2s are proteins found in the kidneys that are important in the reabsorption of glucose by the kidneys. INVOKANA, a SGLT2 inhibitor that has been used for glycemic control in people with diabetes by inhibiting renal reabsorption of glucose, has now been shown to reduce the risk of kidney failure and heart disease in this population.”
“Diabetes is a key risk factor for chronic kidney disease, and accounts for 44 percent of all end stage renal disease cases. However less than 40 percent of those with diabetes are completely assessed for kidney disease.  Two simple tests, an eGFR (which assesses kidney function) and an ACR (which assesses kidney damage) can diagnose kidney disease, and these tests results are also strong predictors of cardiovascular risk.  For information about CKD, diabetes and cardiovascular risk, see NKF’s comprehensive ‘Chronic Kidney Disease Change Package: Population Health Strategies for Cardiovascular and Kidney Disease Risk Reduction’ report for clinicians and public health practitioners announced in January 2019.”
Kidney Disease Facts
In the United States, 37 million adults are estimated to have chronic kidney disease—and most aren’t aware of it.  1 in 3 American adults are at risk for chronic kidney disease.  Risk factors for kidney disease include diabetes, high blood pressure, heart disease, obesity and family history.  People of African American, Hispanic, Native American, Asian or Pacific Islander descent are at increased risk for developing the disease.  African Americans are 3 times more likely than Whites, and Hispanics are nearly 1.5 times more likely than non-Hispanics to develop end stage renal disease (kidney failure).
The National Kidney Foundation (NKF) is the largest, most comprehensive and longstanding organization dedicated to the awareness, prevention and treatment of kidney disease. For more information about NKF visit www.kidney.org.
#####