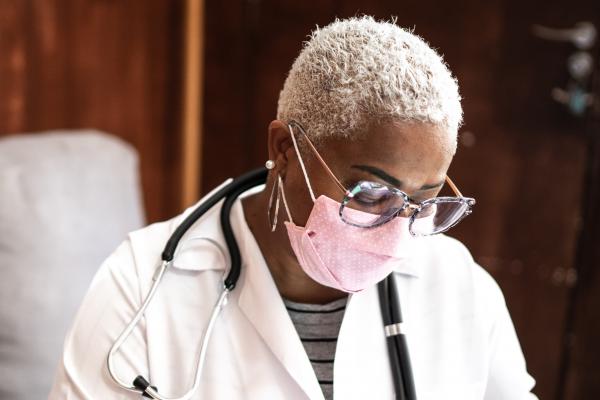 August 5, 2021, New York, NY — New data suggest that millions of patients most at-risk for life-threatening kidney disease are unaware they have it because they are not tested according to clinical practice guidelines despite their risk. The study, by authors from the National Kidney Foundation (NKF) and Labcorp, appears today in the journal Diabetes Care.

In the study, “Chronic Kidney Disease Testing (CKD) Among At-Risk Adults in the U.S. Remains Low: Real-World Evidence from a National Laboratory Database,” investigators reviewed laboratory ordered CKD tests from more than 28 million patients with diabetes, hypertension (also known as high blood pressure), or both, that were tested by Labcorp between 2013 and 2018.

Researchers found that 80.3 percent of these patients had not received testing according to Kidney Disease Improving Clinical Outcomes (KDIGO) guidelines: a urine test, known as the albumin-creatinine ratio (uACR), along with a blood test, known as the estimated glomerular filtration rate (eGFR). The combined tests are known as the Kidney Profile and test protein levels in urine and waste in the blood. By measuring these levels, physicians can gauge kidney function and damage.

“The common eGFR test alone is insufficient for kidney disease detection,” said NKF Chief Medical Officer Joseph Vassalotti, MD, and co-author of the study. “Both the eGFR blood test for kidney function and the uACR urine test for albumin, a type of protein, should be performed at least annually for at-risk patients by primary care physicians and other clinicians who manage diabetes and hypertension, such as endocrinologists and cardiologists.”

An estimated 37 million adults in the United States have kidney disease and about 90 percent remain unaware of the condition. The top risk factors for kidney disease are diabetes and high blood pressure, as well as obesity, heart disease, and family history of kidney disease.

“This large retrospective analysis provides real-world evidence that rates of guideline-concordant CKD testing in at-risk patients remain low and did not improve much over the studied period,” said David Alfego, PhD, Labcorp senior data scientist and the paper’s other co-author. “As the at-risk population grows because of increases in diabetes, hypertension and obesity, it is imperative to identify and treat early kidney disease.”

Kidney disease often has no detectable symptoms by the patient, and too often patients only find out they have the disease when their kidneys fail. Yet, most at-risk patients are not receiving regular and complete testing for the disease, especially in the primary care setting that represents the front-line in CKD detection and management.

“Kidneys don’t get the attention they should,” Dr. Vassalotti said. “Kidneys don’t cough. Kidney disease is largely asymptomatic, so patients don’t realize they have it. Since most people living with kidney disease are seen in a primary care setting, these professionals have an opportunity to improve kidney diagnosis that will in turn increase awareness and patient engagement and inform therapeutic interventions.”

Removing barriers to proper testing while also raising awareness among adults about the need for the annual Kidney Profile are also critical to reversing the underdiagnosis of the disease, the study concluded.

In 2019, NKF launched the Are You the 33%?® awareness campaign with a simple quiz to determine kidney disease risk and tools they can use to talk to the primary care physicians. The campaign is part of NKF’s mission to raise awareness and decrease prevalence of the disease.

In the United States, 37 million adults are estimated to have chronic kidney disease (CKD)—and approximately 90 percent don’t know they have it. 1 in 3 adults in the U.S. is at risk for chronic kidney disease. Risk factors for kidney disease include: diabetes, high blood pressure, heart disease, obesity, and family history. People who are Black or African American, Hispanic or Latino, American Indian or Alaska Native, Asian American, or Native Hawaiian or Other Pacific Islander are at increased risk for developing the disease. Black or African American people are almost 4 times more likely than Whites to have kidney failure. Hispanic or Latino people are 1.3 times more likely than non-Hispanic or non-Latino people to have kidney failure.

The National Kidney Foundation (NKF) is the largest, most comprehensive, and longstanding patient-centric organization dedicated to the awareness, prevention, and treatment of kidney disease in the U.S. For more information about NKF, visit www.kidney.org and follow us on Facebook.com and twitter.com/nkf.

Labcorp is a leading global life sciences company that provides vital information to help doctors, hospitals, pharmaceutical companies, researchers, and patients make clear and confident decisions. Through our unparalleled diagnostics and drug development capabilities, we provide insights and accelerate innovations to improve health and improve lives. With more than 70,000 employees, we serve clients in more than 100 countries. Labcorp (NYSE: LH) reported revenue of $14 billion in FY2020. Learn about Labcorp at www.Labcorp.com, or follow us on LinkedIn and Twitter @Labcorp.