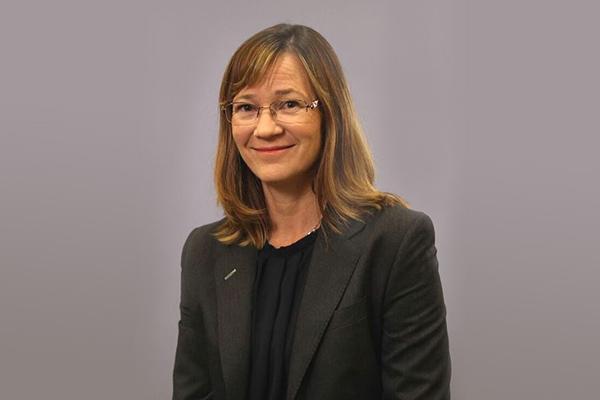 New York, Tuesday, January 9, 2018 – Holly Kramer, MD, MPH, of Loyola University Medical Center has been named President-Elect of the National Kidney Foundation, Inc. (NKF).  Dr. Kramer, a distinguished clinical investigator, and Vice Chair of NKF’s Kidney Disease Outcomes Quality Initiative, will be assuming leadership in October from prominent Johns Hopkins nephrologist Michael J. Choi, MD, who has made professional and public education the theme of his term as NKF President.
“I am both honored and energized by this opportunity to serve the people affected by kidney disease, address kidney health issues on a broad scale, advocate for patients, and maintain the high standards of public service set by the National Kidney Foundation,” said Dr. Kramer.
Currently an Associate Professor of Public Health Sciences and Medicine in the Division of Nephrology and Hypertension at Loyola, Dr. Kramer’s research interests include kidney disease, nutrition, and cardiovascular disease. Long associated with the National Kidney Foundation, she is presently a Member of its Scientific Advisory Board, and is Vice Chair of NKF’s Kidney Disease Outcomes Quality Initiative (NKF KDOQI) Controversies and Commentaries. Previously, she served on the Program Committee for three of NKF’s Spring Clinical Meetings, the premiere nephrology education conference in the country. Dr. Kramer was also Vice Chair of NKF’s KDOQI Research Program and was a Member of NKF’s Research Grant Review Committee. In 2016, she was the recipient of NKF’s Garabed Eknoyan Award for her key contributions to NKF’s KDOQI guidelines and for clinical research in the field of kidney disease.
“Dr. Kramer’s distinguished professional achievements in the area of kidney health, her substantial service to the NKF, her dedication and compassion to patients with kidney disease, and her commitment to advancing public awareness of kidney disease will advance our mission to improve the lives of patients with kidney disease, “said Dr. Michael J. Choi, current NKF President. “I eagerly look forward to her impact on the NKF with her research expertise, passion for patient care and leadership.”
Dr. Kramer’s career focus has been on the relationship between kidney disease and nutrition, particularly the impact of obesity on kidney health. Among her many publications, was her recent article in the American Journal of Kidney Diseases (AJKD) on “Kidney Disease and the Westernization and Industrialization of Food,’ which states that mass production and lowered costs for food have resulted in an increase of 500 calories more per day and the ongoing obesity epidemic, which has likely contributed to the epidemic of kidney disease.
Public awareness of the importance of kidney health is also a top priority for Dr. Kramer, who recently stated, “I am waiting for the scientific community and the general U.S. population to recognize the impact that the kidney disease crisis is having on the U.S healthcare system.  Nephrology remains a specialty with less clinical trials compared to other specialties and we all need to come together to change this—as soon as possible.”
Dr. Kramer received her M.D. from the Indiana University School of Medicine. After completing a nephrology fellowship at Harvard University Medical School in 2002, Dr. Kramer was jointly appointed to the Department of Medicine, Division of Nephrology and Hypertension, and Department of Public Health Sciences at the Loyola University Medical Center. She became co-director (with Dr. Ramon Durazo-Arvizu) of the Clinical Research Methods and Epidemiology Program in 2005, developing several courses for the program, and was later the Program Director for the MPH Program in 2009–2013. Dr. Kramer has also received research grant support for her studies of coronary artery risk among young adults and genetics of hypertension in African Americans, among other subjects.
Kidney Disease Facts
30 million American adults are estimated to have chronic kidney disease (CKD)—and most aren’t aware of it. 1 in 3 American adults are at risk for chronic kidney disease. Risk factors for kidney disease include diabetes, high blood pressure, heart disease, obesity and family history of kidney failure. People of African American, Hispanic, Native American, Asian or Pacific Islander descent are at increased risk for developing the disease. African Americans are 3 times more likely than Whites, and Hispanics are nearly 1.5 times more likely than non-Hispanics to develop end-stage renal disease (kidney failure).
The National Kidney Foundation (NKF) is the largest, most comprehensive and longstanding organization dedicated to the awareness, prevention and treatment of kidney disease. For more information about NKF visit www.kidney.org.