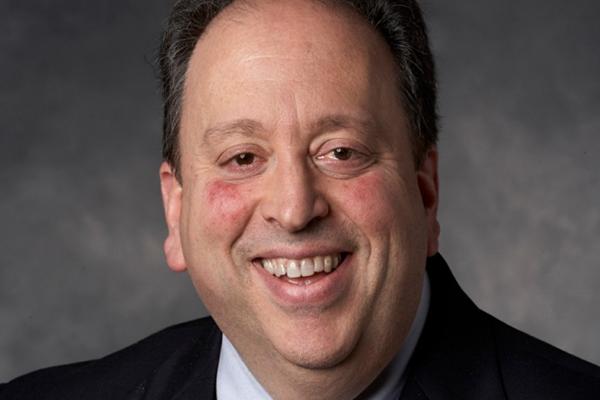 New York, NY—April 3, 2018 — Glenn M. Chertow, M.D., has been selected by the National Kidney Foundation as the recipient of the foundation’s 2018 David M. Hume Memorial Award.
Dr. Chertow is a professor of medicine at Stanford University and chief of Stanford University School of Medicine's Division of Nephrology. His research has centered on clinical epidemiology, health-services research, decision sciences and clinical trials in acute and chronic kidney disease. He has been the author or co-author on more than 500 peer-reviewed manuscripts, with critical findings shedding light on acute kidney injury, chronic kidney disease, end-stage renal disease, and associated complications, including those related to cardiovascular disease, bone and mineral metabolism and nutrition.
“We are thrilled to bestow this award on Dr. Chertow,” said Michael Choi, M.D., president and chair of the NKF Scientific Advisory Board. “As a distinguished physician, outstanding teacher and mentor, and prolific research scientist, Dr. Chertow has dedicated his career to improving the lives, care and treatment of people with kidney disease. He has contributed immensely to what we know about the kidney and how to treat patients who have kidney disease.”
The David M. Hume Memorial Award was created in memory of one of the NKF's most distinguished members. In 1954, Dr. Hume was part of the team that performed the first successful kidney transplant at Brigham Hospital in Boston. This award is reserved for a distinguished scientist-clinician in the field of kidney and urologic diseases who exemplifies high ideals of scholarship and humanism in an outstanding manner.
Dr. Chertow will be presented the award during the NKF 2018 Spring Clinical Meetings, to be held April 11-14, in Austin, Texas.
"I feel honored and privileged to be receiving this award. Dr. Hume was such an incredible pioneer, helping to make what was once impossible possible,” Dr. Chertow said.
Dr. Chertow previously served on the faculties at Brigham and Women’s Hospital (Harvard Medical School) and the University of California, San Francisco. He has served or is currently serving in leadership roles for multiple clinical trials sponsored by the National Institute of Diabetes and Digestive and Kidney Diseases; the National Heart, Lung, and Blood Institute; and the U.S. Department of Veterans Affairs. He also served in an advisory capacity to the Medicare Payment Advisory Commission and National Quality Forum on issues related to the End Stage Renal Disease program, and he is co-editor of Brenner and Rector’s The Kidney.
Among many previous honors, Dr. Chertow was elected to the American Society of Clinical Investigation, the Association of American Physicians, and the National Academy of Medicine. He has also received numerous previous awards, including the Belding H. Scribner Award from the American Society of Nephrology.
NKF Spring Clinical Meetings
For the past 27 years, nephrology healthcare professionals from across the country have come to NKF’s Spring Clinical Meetings to learn about the newest developments related to all aspects of nephrology practice; network with colleagues; and present their research findings. The NKF Spring Clinical Meetings are designed for meaningful change in the multidisciplinary healthcare teams’ skills, performance, and patient health outcomes. It is the only conference of its kind that focuses on translating science into practice for the entire healthcare team.
Kidney Disease Facts
Thirty million American adults are estimated to have chronic kidney disease — and most aren’t aware of it. One in three American adults are at risk for chronic kidney disease. Risk factors for kidney disease include diabetes, high blood pressure, heart disease, obesity and family history. People of African American, Hispanic, Native American, Asian or Pacific Islander descent are at increased risk for developing the disease. African Americans are three times more likely than whites, and Hispanics are nearly 1.5 times more likely than non-Hispanics to develop end stage renal disease (kidney failure).
The National Kidney Foundation (NKF) is the largest, most comprehensive and longstanding organization dedicated to the awareness, prevention and treatment of kidney disease. For more information about NKF visit www.kidney.org.