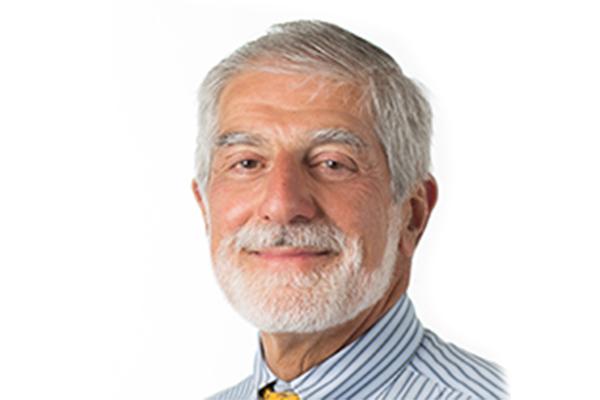 New York, NY—April 3, 2018 —The National Kidney Foundation has selected Harry Senekjian, M.D., to receive its 2018 Medical Advisory Board Distinguished Service Award.
Dr. Senekjian recently joined the clinical faculty of the University of Utah and is the current chairman of the Medical Advisory Board of the NKF of Utah and Idaho (NKFUI), a volunteer role he has held for the past twenty years. Dr. Senekjian engenders the highest respect not only for his scientific expertise, but for the extraordinary altruistic and loving care he provides to his patients.
“We’re tremendously pleased to recognize Dr. Senekjian’s outstanding contributions to the health of his community, as a physician, teacher and patient advocate,” said Michael Choi, M.D., president and chair of the NKF Scientific Advisory Board.
The NKF Medical Advisory Board Distinguished Service Award recognizes individuals for their educational activities and community service in promoting the mission of NKF on a local level. The award will be made to Dr. Senekjian at the 2018 NKF Spring Clinical Meetings to be held April 10-14, in Austin, Texas.
“I’m thrilled to be able to accept this community service award, which also honors all the fine teachers I’ve had, both in my formal education and through interactions with my patients and students, from whom I am constantly learning,” said Dr. Senekjian.
Dr. Senekjian attended college at Queens College in New York City, NY, then attended medical school at Hahnemann Medical College (now Drexel University) in Philadelphia, Penn. Dr. Senekjian served his residency in internal medicine at Baylor College of Medicine, where he completed NKF Fellowship training in nephrology and remained on the faculty for five years, teaching and doing research in basic kidney physiology.
Dr. Senekjian entered into the private practice of nephrology in 1982 in Ogden, Utah. He has had a number of hospital appointments in Ogden, including chief of medicine at Ogden Regional Medical Center and McKay Dee Hospital. He also served as chief of staff and was on the board of trustees at both hospitals.
NKF Spring Clinical Meetings
For the past 27 years, nephrology healthcare professionals from across the country have come to NKF’s Spring Clinical Meetings to learn about the newest developments related to all aspects of nephrology practice; network with colleagues; and present their research findings. The NKF Spring Clinical Meetings are designed for meaningful change in the multidisciplinary healthcare teams’ skills, performance, and patient health outcomes. It is the only conference of its kind that focuses on translating science into practice for the entire healthcare team.
Kidney Disease Facts
30 million American adults are estimated to have chronic kidney disease—and most aren’t aware of it. 1 in 3 American adults are at risk for chronic kidney disease. Risk factors for kidney disease include diabetes, high blood pressure, heart disease, obesity and family history of kidney failure. People of African American, Hispanic, Native American, Asian or Pacific Islander descent are at increased risk for developing the disease. African Americans are 3 times more likely than Whites, and Hispanics are nearly 1.5 times more likely than non-Hispanics to develop end-stage renal disease (kidney failure).

The National Kidney Foundation (NKF) is the largest, most comprehensive and longstanding organization dedicated to the awareness, prevention and treatment of kidney disease. For more information about NKF visit www.kidney.org.