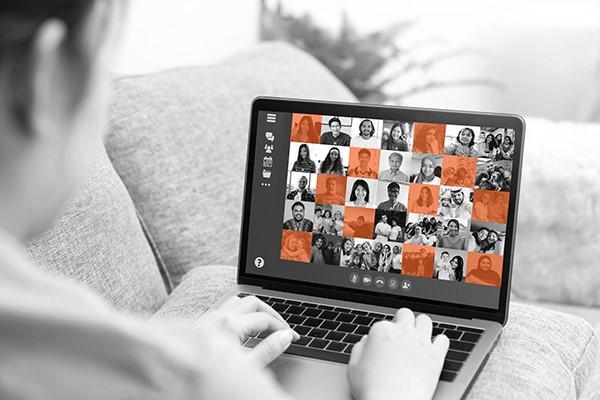 September 1, 2020, New York, NY — The National Kidney Foundation (NKF) is joining forces with the U.S. Department of Health and Human Services (HHS), the American Society of Nephrology (ASN), and actor, activist and entrepreneur Wilmer Valderrama to reach the 1 in 3 American adults at risk for kidney disease. "Are You the 33%?”  is a nationwide public awareness campaign relaunching today timed for Hispanic Heritage Month. The campaign, originally launched in March 2020, was paused due to the national pandemic and will run through March 2021.

With compelling visuals, a thought-provoking social media campaign and a broadcast PSA featuring Wilmer Valderrama, the campaign, which is available in English and in Spanish, focuses on the 33 percent of adults in the U.S. at risk for developing dangerous, life-threatening kidney disease. Risk factors include diabetes, heart disease, high blood pressure, obesity and family history of kidney disease. Black or African American and Hispanic or Latino people are also at greater risk of developing kidney disease.

“Look around the next time you’re stuck in a traffic jam with a cabbie on your left, an ice cream truck to your right, and a mom driving a minivan in front of you. 1 in 3, or 33%, of your fellow drivers are at risk for kidney disease,” said Kevin Longino, CEO of NKF and a kidney transplant patient.  “We believe it’s essential to reach the more than 80 million American adults at risk for kidney disease, especially communities of color which are at higher risk. Addressing the health disparities that exist within these communities is a critical part of the campaign and our overall work in helping people affected by kidney disease.”

People of certain racial and ethnic groups are more likely to develop kidney disease than others. Blacks or African Americans are 13% of the U.S. population, but represent 32% of those with kidney failure. Hispanics or Latinos are 1.3 times as likely as non-Hispanics/Latinos to develop kidney failure. The two main causes of kidney disease are diabetes and high blood pressure, which are more prevalent in these communities.

“Everyone needs to learn about kidney health,” said Valderrama. “Millions of people have kidney disease. It affects more people than breast cancer or prostate cancer. My family and I are taking this disease seriously. I took the kidney quiz to find out my risk for kidney disease and you should too.”  Valderrama has close family members affected by diabetes and high blood pressure, two of the key risk factors.

Having kidney disease also puts you at greater risk for developing life-threatening complications from COVID-19.  According to the Centers for Medicare and Medicaid Services (CMS), people with kidney failure had the highest rate of hospitalization for COVID-19 among all Medicare beneficiaries. Black or African Americans and Hispanics or Latinos at a greater risk for both kidney disease and COVID-19. The campaign’s creative assets were altered to recognize the importance of social distancing to help prevent the spread of COVID-19. Previous visuals included crowded stadiums. The new visuals include a Zoom meeting, a traffic scene, a socially distanced bike lane, and a socially distanced drive-in movie parking lot.

The “Are You the 33%?” campaign, co-sponsored by the National Kidney Foundation, HHS and ASN is part of a new Public Awareness Initiative of the Advancing American Kidney Health (AAKH) plan. In November, 2019, HHS, NKF and ASN joined in a public-private partnership to implement this awareness campaign.  NKF is working with HHS and ASN to align their efforts and elevate the profile of kidney disease as an urgent public health issue. These efforts will increase the campaign’s visibility with the general public and mobilize the kidney community of patients, nephrologists and health professionals to promote new approaches to prevent, diagnose, and treat kidney disease.

“More than 90 percent of the 37 million Americans and 850 million individuals worldwide affected with kidney disease are unaware that they are even sick,” said Anupam Agarwal, MD, FASN, ASN President. “This silent epidemic often strikes without symptoms. Millions of people won’t know they have kidney disease until their kidneys stop working and it’s too late.”

Go to MinuteForYourKidneys.org today and take a simple quiz and learn what to do next and how to talk to your doctor about kidney health.

Kidney disease can strike anyone, young or old, and has many causes, but early intervention can make a difference. Lifestyle changes and a healthy diet can sometimes slow the progression of the disease when caught in the early stages, and sometimes can prevent kidney failure.

This nationwide public awareness campaign was developed by creative agency Berlin Cameron, which has worked with NKF since 2016. In previous years, Berlin Cameron has helped evolve the foundation’s branding as well as created notable campaigns, including “Heart Your Kidneys” to remind the world that kidneys are just as important as every other vital organ, and that early detection is key to improving patient outcomes.

Funding and/or support for the campaign was provided to the National Kidney Foundation by the following: CVS Kidney Care, Healthy.io, AstraZeneca, Bayer, Otsuka America Pharmaceutical, Inc., and Tricida.

In the United States, 37 million adults are estimated to have chronic kidney disease—and approximately 90 percent don’t know they have it.  1 in 3 American adults are at risk for chronic kidney disease.  Risk factors for kidney disease include: diabetes, high blood pressure, heart disease, obesity, and family history. People of African American, Hispanic, American Indian, Asian, or Pacific Islander descent are at increased risk for developing the disease. African Americans are almost 4 times more likely than White Americans to have kidney failure.  Hispanics are 1.3 times more likely than non-Hispanics to have kidney failure.

About the U.S. Department of Health and Human Services

The U.S. Department of Health & Human Services (HHS) enhances and protects the health and well-being of all Americans. HHS fulfills that mission by providing for effective health and human services and fostering advances in medicine, public health, and social services. For more information visit www.hhs.gov.

About American Society of Nephrology

Since 1966, ASN has been leading the fight to prevent, treat, and cure kidney diseases throughout the world by educating health professionals and scientists, advancing research and innovation, communicating new knowledge, and advocating for the highest quality care for patients. ASN has more than 21,000 members representing 131 countries. For more information, please visit www.asn-online.org or contact the society at 202-640-4660.

Editor’s Note: Links to the PSAs in English and in Spanish can be found below: