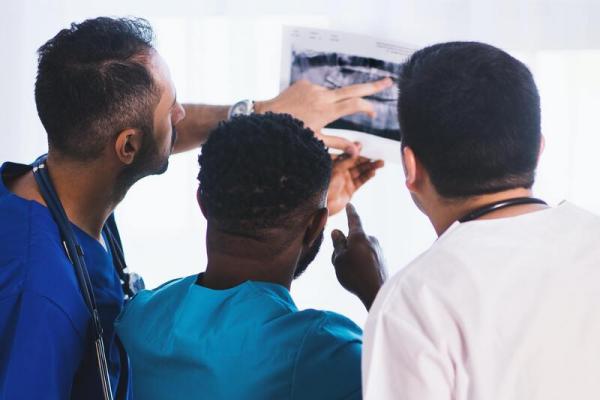 March 31, 2022, New York, NY — Researchers will present at the National Kidney Foundation’s Spring Clinical Meetings the results of a clinical trial of a new therapy that gives hope to people with a specific genetic mutation that can cause kidney damage.

APOL1-mediated kidney disease (AMKD) is a serious disease caused by mutations in the APOL1 gene that lead to damage in certain kidney cells. When these kidney cells are damaged, a large amount of protein is lost from the blood and leaks into the urine, which affects the kidneys’ ability to work properly. Current therapies for AMKD do not treat the genetic cause of this disease and often don’t stop progression to kidney failure.

“Vertex is developing a new therapy for AMKD, called VX-147, that treats the genetic cause of the disease by blocking APOL1 function, which allows for the kidney to function properly,” said lead author Glenn Chertow, MD, Stanford University School of Medicine. “The current standard-of-care for patients with AMKD primarily includes treatments that provide symptomatic management of disease manifestations (e.g., hypertension, edema), but fail to address the genetic underpinning; thus, there remains a significant unmet need for efficacious and safe treatments for these patients.”

The results of the research will be presented in a late-breaking session to the thousands of nephrologists and kidney health professionals attending the conference, to be held virtually and in-person in Boston, April 6-10. The underlying genetic cause of AMKD is toxic gain-of-function mutations in the APOL1 gene that enhance APOL1 pore function and damage glomerular cells, ultimately leading to proteinuria and kidney failure.

“We are currently planning a clinical trial to evaluate the efficacy and safety of VX-147 in a broader population of individuals with proteinuric kidney disease and two APOL1 mutations,” Dr. Chertow said.

For more than 30 years, nephrology healthcare professionals from across the country have come to NKF’s Spring Clinical Meetings to learn about the newest developments related to all aspects of nephrology practice; network with colleagues; and present their research findings. The NKF Spring Clinical Meetings are designed for meaningful change in the multidisciplinary healthcare teams’ skills, performance, and patient health outcomes. It is the only conference of its kind that focuses on translating science into practice for the entire healthcare team. This year’s event will be held in Boston, April 6-10.