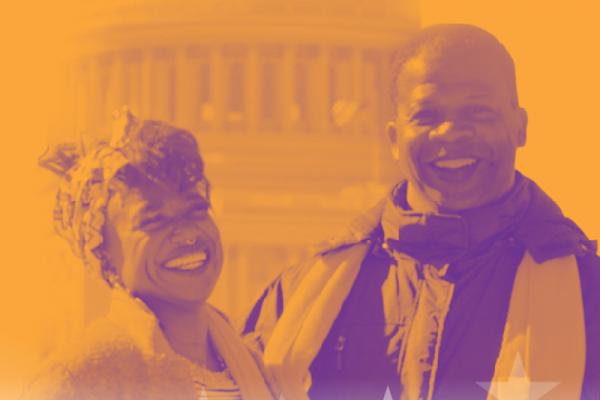 Launched one year ago today, Voices for Kidney Health is a diverse nationwide community of dedicated advocates committed to improving the lives of those living with kidney disease through meaningful policy change. By sharing their own life stories with elected officials and other policy leaders, Voices advocates work to advance policies that expand access to home dialysis, work toward transplants for all, protect living organ donors, promote health equity, and accelerate investment in kidney disease prevention and research.

The impact that Voices for Kidney Health has already had on advancing pro-kidney health policies is clear. During the past year, Voices advocacy resulted in increases in congressional funding for kidney-disease related research and prevention activities at the Centers for Disease Control and Prevention (CDC) and the National Institute of Diabetes and Digestive and Kidney Diseases (NIDD). This trend has continued into 2022, with Voices advocates successfully lobbying 82 members of Congress – a new record - to sign NKF’s annual kidney funding letter to support continued increases at CDC and NIDD.

“As we celebrate the achievements of the past year, we must also acknowledge that there is still much work to be done,” said Kevin Longino, Chief Executive Officer of the NKF and a kidney transplant recipient. “Racial and ethnic disparities in the awareness, diagnosis, and treatment of kidney disease lead to worse outcomes for kidney patients in communities of color. Patients face unequal access to kidney transplant, the optimal treatment for kidney failure. Life, long-term care, and disability insurers can still discriminate against living organ donors in almost half of U.S. states. These are just a few of the issues we’re addressing as Voices for Kidney Health enters its second year.”

“NKF’s gratitude to our Voices advocates cannot be overstated,” Longino added. “We are continually impressed by their commitment to improving the lives of their fellow kidney patients, and it is a privilege to work with each and every one of them. Thanks to their continued dedication, Voices for Kidney Health will continue to represent the sound of positive change for kidney patients nationwide.”

Interested in joining the fight for kidney health? For more details on how to become an advocate and join Voices for Kidney Health, go to voices.kidney.org.