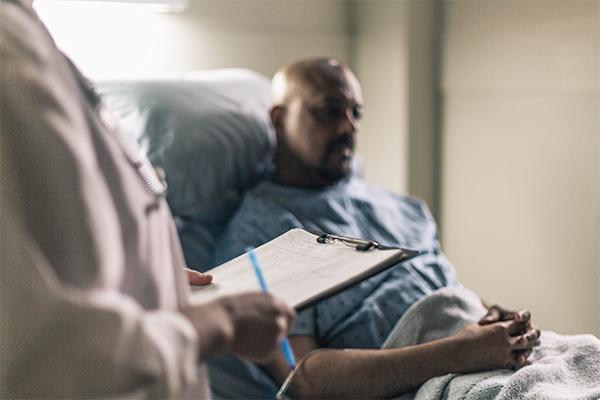 A joint statement from the National Kidney Foundation and the American Society of Nephrology December 17, 2020

On behalf of the National Kidney Foundation (NKF) and the American Society of Nephrology (ASN), we thank the trainees, clinicians, and the public—particularly people with kidney diseases, kidney failure, and kidney transplants—for their ongoing support of the NKF-ASN Task Force on Reassessing the Inclusion of Race in Diagnosing Kidney Diseases. The task force will issue its interim report in January 2021 and its final report in spring 2021.

When announcing the establishment of the task force earlier this year, NKF and ASN affirmed that race is a social, not a biological, construct. As the largest organizations representing kidney patients and professionals, we remain committed, as we asserted, to ensuring that racial bias does not affect the diagnosis and subsequent treatment of kidney diseases.

For four months, the task force has received expert testimony and assessed the scientific literature (including several articles that were published this fall). The task force is now deliberating to meet its charge and "ensure that GFR estimation equations provie an unbiased assessment of kidney function so that patients, clinicians, laboratories, and public health officals can make informed decisions to ensure equity and personalized care for patients with kidney diseases."

To help the task force draft its final report, NKF and ASN encourage trainees, clinicians, and the public—particularly people with kidney diseases, kidney failure, and kidney transplants—to testify (or provide written comments) during open forums in January. Sign up before Tuesday, December 29, 2020, at 5:00 p.m. EST to register for one of the open forums.  Please note that these forums are not open to members of the press.

Health inequities in the United States are present for Black or African American, Hispanic or Latino, American Indian or Alaska Native, Asian American, and Native Hawaiian or Other Pacific Islander people. These inequities are particularly disturbing in kidney medicine:

NKF and ASN are committed to reversing these longstanding inequities, through efforts that address both health care delivery and social determinants of health. Working with other members of the kidney community, other patient and health professional organizations, entities focused on ending racism, and government, we will address the overall health of the entire population, tackle health disparities and social determinants of health, and confront racism (which includes tackling how the COVID-19 pandemic has exacerbated racism). To eliminate disparities, NKF, ASN and other stakeholders must develop multi-faceted initiatives beyond an examination of estimating equations.

About American Society of Nephrology