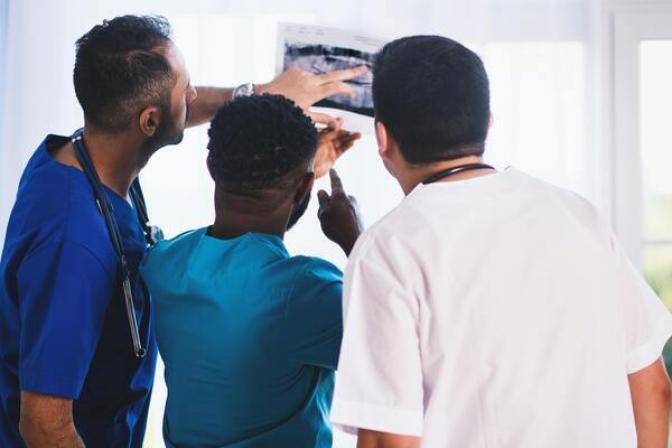 Just a year or two from now, patients waiting for a human kidney may be able to participate in a trial for a pig kidney, if a short-term experiment at NYU Langone Health in New York City paves the way for trials in patients with end-stage kidney failure.

The successful result was released October 19 and this experiment is the first of its kind.

Doctors connected a genetically modified pig kidney to a patient, who was brain dead and who had a low level of kidney function. The family of the patient, who had already decided to remove her from life-support, allowed the experiment to go forward. For three days, the pig kidney functioned and improved urine production. Blood tests also showed improved function before the patient was taken off life support as originally planned.

The pig kidney was surgically connected to the patient’s body but remained outside of the body to allow researchers access to monitor the organ. Preventing organ rejection in transplant between different species has vexed kidney researchers for years. But in this experiment, there was no evidence of early immune rejection of the pig kidney by the human immune system.

This experiment should help pave the way for trials in patients living with end-stage kidney failure, possibly as soon next year or 2023. Those trials might test the genetically modified pig kidney to humans or xenotransplantation as a short-term solution for critically ill patients until a human kidney becomes available, or as a permanent kidney transplant.

The current experiment involved a single transplant, and the kidney was left in place for only three days, so any future trials are likely to uncover new barriers that will need to be overcome.

Future trial participants would probably be patients with low odds of receiving a human kidney and a poor prognosis on dialysis.

What do we think?

Simply put, this experiment could be one of the most important innovations since the development of dialysis more than 40 years ago. There is still a lot more work that needs to be done before this type of transplant will become a real option for patients in need. The experiment’s findings will need to be peer-reviewed, for starters. In addition, we are still learning from other research teams who are studying different approaches to xenotransplantation that may also help inform future trials.

But for many Americans treated with dialysis, the mortality rate is as high as it is for some cancers. On any given day, there are about 100,000 people on the kidney transplant waitlist and while only about 20,000 kidneys are donated each year. Worse, a dozen people die every day while waiting for a kidney. Thanks to programs like NKF’s THE BIG ASK: THE BIG GIVE, living donors do offer about 5,000-6,000 kidneys each year.

NKF will host a scientific workshop in April 2022 with experts in nephrology, organ donation, transplant, pharmacology, research design, and health policy to explore what can be done to further the study and clinical use of kidney xenografts; we look forward to sharing those findings with the medical community. Innovations like this new experiment using a genetically altered pig kidney, are worth pursuing to help give patients a longer and better quality of life for years to come.