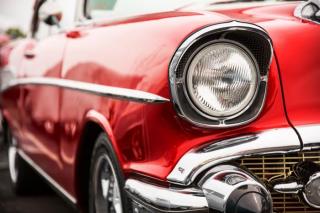 One of the most useful innovations created are cars. No one ever forgets their first car. Owning a vehicle is a big deal, like a status symbol. Most of us have a lot of sentiments attached with our cars like our first drive as a couple together, an epic family vacation or a road trip with friends. While these special moments will never be forgotten, there are some facts about automobiles that you might not have known.

1. The invention of the first vehicle was by Ferdinand Verbiest in 1672.

2. The car most often stolen in the United States is the Honda Accord.

3. Electric cars were already being made as early as 1905 to 1920 by Rauch & Lange. However the gas-combustion engine proved to be less expensive to operate because of the lower cost of gasoline.

4. The very first vehicles did not have steering wheels but were controlled by a lever.

5. The Toyota Corolla is the top selling car of all time.

7. The first Ford car which was completely designed on a computer is the Ford Puma.

8. Some car transmissions actually used whale oil until the year 1973.

9. The most popular car color is white.

11. About 40% of all check engine light related problems are due to a faulty oxygen sensor.

12. The United States uses about 50% of the world’s gasoline.

13. 1902 was the year that the very first speeding ticket was issued.

14. The first car accident happened in 1769 and the damaged car remains preserved in Paris at the Conservatoire Nationale des Arts et Metiers.

15. After 1914, Henry Ford decided to make all Model T’s in black because black paint was durable and cheap.

16. Although considered an ugly car, the AMC Gremlin inspired the style we see today in SUVs.

17. People spend on average about two weeks of their lives waiting at traffic lights.

18. It only takes about 40 milliseconds for an airbag to inflate after an accident occurs.

19. One of the most important components of a car, the windshield wiper, was introduced by a woman.

20. Each year around $60 billion worth of vehicle maintenance goes undone.