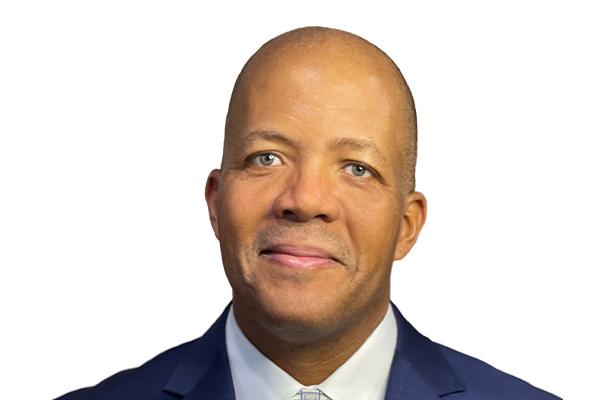 "Creating the Chief People Officer role is a pivotal next step in establishing a sustainable infrastructure that is paramount to our long-term success," said Kevin Longino, CEO of NKF and a kidney transplant patient. "I am excited to have Chris join the NKF Leadership team and the NKF family. Chris has a history of creating diverse and inclusive cultures and I am confident that in this new role he will help us build a stronger, even more inclusive environment, while ensuring every voice within the organization is heard."

Over his 20-year career, Mr. Jackson has lent his expertise to several Fortune 500 companies, beginning with the Ford Motor Company where he helped to develop the first product development internship program recruiting a class of 200 interns, 70% of which were female or diverse candidates. He then spent time leading strategic HR at PepsiCo before transitioning to Marriott International as Director of HR for Marriott Marquis and, later served as Lead Director for Non-Union Hotels in the NYC Market. He led the implementation of national and regional strategies, in addition to spearheading talent development initiatives in their most competitive market.

Mr. Jackson also spent nearly a decade in the retail industry, first as Area Director for CVS responsible for driving the corporate HR strategy across 700 stores in New Jersey, Delaware, New York City, Long Island, and Eastern Pennsylvania. From there, he became Senior Director and later Vice President of Field Human Resources for Ross Stores in California, overseeing all aspects of the Human Resources function for 40,000 employees and over 1,000 stores, which included training, development, recruitment, employee relations, and compliance throughout the Stores and Loss Prevention organizations.

"I am thrilled to accept the role of Chief People Officer for the National Kidney Foundation, supporting their mission to enhance lives through action, education, and accelerating change," said Mr. Jackson. "Addressing racial and ethnic disparities has been, and will continue to be, a critical issue for National Kidney Foundation. NKF is united in helping to overcome the health disparities that exist for all communities of color. I am committed to this mission and helping craft an organization best suited to serve patients, families, and everyone who wants to take a proactive role in their health. What's more, NKF's commitment to diversity and broader representation in their workforce is going to help save lives and have profound impact on all communities in the years to come."

Most recently, Mr. Jackson launched a consulting career to help smaller companies and organizations establish HR programs to align with their business priorities and accelerate growth. He is passionate about helping organizations serve their higher purpose and throughout his career has been committed to diversity and promoting broader representation in the workforce.

In the United States, 37 million adults are estimated to have chronic kidney disease (CKD)—and approximately 90 percent don't know they have it. 1 in 3 adults in the U.S. is at risk for chronic kidney disease. Risk factors for kidney disease include: diabetes, high blood pressure, heart disease, obesity, and family history. People who are Black or African American, Hispanic or Latino, American Indian or Alaska Native, Asian American, or Native Hawaiian or Other Pacific Islander are at increased risk for developing the disease. Black or African American people are almost 4 times more likely than Whites to have kidney failure. Hispanic or Latino people are 1.3 times more likely than non-Hispanic or non-Latino people to have kidney failure.