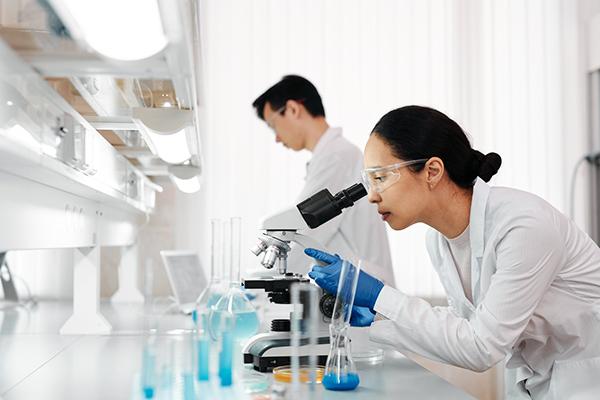 Oct. 23, 2020, New York, NY — Patients with diabetic kidney disease can potentially be treated with a new investigational medication that may slow the progress of their illness without harmful side effects to their hearts, according to the results of a global clinical trial announced today.

“This is an exciting and promising discovery for patients with chronic kidney disease and type 2 diabetes,” said one of the study investigators, Dr. Rajiv Agarwal. “Blocking the renin-angiotensin system (RAS) has been the backbone of treatment of patients with diabetes and chronic kidney disease (CKD). The final step in the activation of RAS is the release of aldosterone that stimulates the mineralocorticoid receptor (MR). Current therapies that block MR have failed to protect the kidney in part because of hyperkalemia. How you block the MR may be important. Finerenone is different from existing MR antagonists and in animal models it blocks inflammation and fibrosis in both the kidney and the heart.”

“Diabetes is the leading cause of kidney failure in the U.S. People with type 2 diabetes and CKD are also three times more likely to die of cardiovascular-related causes than those with type 2 diabetes alone,” said NKF’s Chief Scientific Officer Kerry Willis, PhD. “Having a new therapy that tackles both of these problems is a major advance and could potentially help millions of patients to lead longer, healthier lives.”

In the time between 1993 and 2001, the biggest inroad to slowing diabetic kidney disease progression was the implementation of drugs that block the RAS. Research over the last 40 years on diabetic kidney disease demonstrates that it is not only a hemodynamic and metabolic component that contribute to progression and development of disease but an inflammatory component.

The FIDELIO-DKD study performed in 5,734 patients with advanced kidney disease and type 2 diabetes showed that finerenone protected both the heart and the kidneys. It also reduced albuminuria by >30 percent at 4 months, had minimal effects on blood pressure and had no effect on glycemia. The study was funded by pharmaceutical company Bayer.

“These study data provide physicians who treat patients with type 2 diabetes and kidney disease a promising new therapeutic approach to reduce the rate of progression of both CKD and cardiovascular outcomes,” Dr. Agarwal said.

“This promising target for a new therapy means patients are able to delay dialysis and, in turn, further delay the possible need for kidney transplants. The reduction in cardiovascular events is an added bonus to slowing kidney disease progression,” added Dr. Bakris.

Dr. Agarwal explains the study results for professionals in this video which can be accessed here.