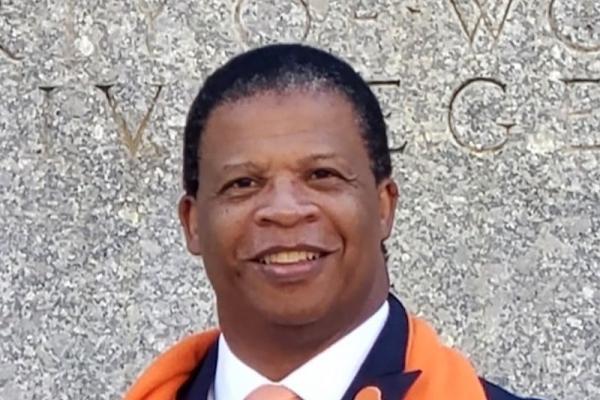 March 10, 2021, New York, NY —Each year the National Kidney Foundation (NKF) selects a volunteer who most exemplifies the mission by putting patients at the center of all aspects of healthcare and awards that volunteer NKF’s highest honor: the Celeste Castillo Lee Patient Engagement Award.

This year, NKF will honor living-donor recipient and advocate Curtis H. Warfield at the 2021 Spring Clinical Meetings, which will be held virtually April 6-10. Warfield is a regional leader of NKF’s Kidney Advocacy Committee, a peer mentor with NKF’s Peer Program, and a member of the Board of Directors of NKF of Indiana.

“I am very surprised and humbled to have been selected as the 2021 Celeste Castillo Lee Patient Engagement Award recipient,” Warfield said. “I have never considered my activities as an advocate as work or an obligation but a chance to fulfill part of my purpose in life to give forward and support others as they live with kidney disease. It is an honor to be selected by NKF and to represent the legacy of Celeste Castillo Lee in the kidney community.”

This is the fifth time that this award has been presented in honor of Lee, a longtime chair of NKF’s patient and family council and a tireless advocate for patient-centered care.

“The voices of patients are critical in advancing kidney health both at the clinical and policy level, and in helping to reach the millions of people in America who don’t yet know that they have this life-threatening disease,” said NKF President Dr. Paul Palevsky. “Not only do we at NKF applaud Curtis for all that he does for kidney patients, but so does the entire kidney health community. It is an honor to work with him.”

Warfield has repeatedly volunteered to speak with legislators both on Capitol Hill and in the Indiana State Legislature about kidney disease and organ transplantation. He serves on several committees including as a patient stakeholder for the NKF Patient Network, co-chair of NKF’s Patient Diversity Workgroup, and patient stakeholder of NKF/ASN Task Force on Reassessing the Inclusion of Race in Diagnosing Kidney Diseases. He regularly speaks at events, writes articles and blogs, and does media interviews about kidney disease and organ donation. He also serves on the Board of Directors of Home Dialyzors United.

Warfield is a Senior Quality Analyst for the State of Indiana. He was diagnosed with kidney disease and in December 2014 began peritoneal dialysis. On Jan. 8, 2016, his daughter’s friend gave Warfield one of her kidneys, which changed his life.

“Being a patient advocate with NKF has allowed me to grow and share in a variety of meaningful ways and bring awareness and education about kidney health to others,” Warfield said. “Being able to help those who don’t have a voice is more important than any personal recognition, though I greatly appreciate it.”