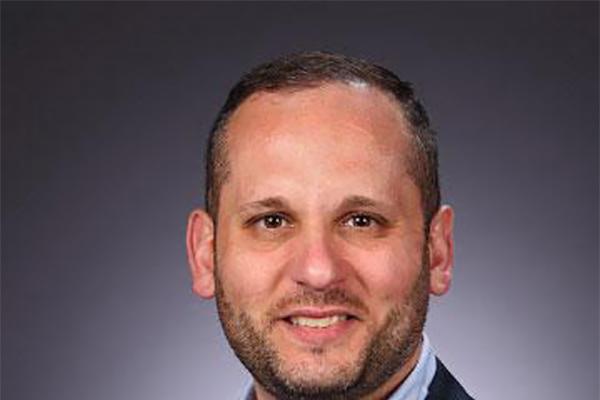 October 19, 2022, New York, NY — The National Kidney Foundation (NKF) is proud to announce the renewed appointment of board member Sam Marchio as the Secretary to its national Board of Directors. The re-elected member was nominated and approved at NKF’s most recent board meeting held earlier this month.

“Sam has been an outstanding champion for NKF, and we look forward to his continued leadership as Secretary of the National Board,” said Tracy McKibben, Chair of NKF’s national board, Founder and Chief Executive Officer of MAC Energy Advisors LLC, and a living kidney donor to her mother.  McKibben added, “The kidney community benefits from the service of people like Sam, who are committed to raising awareness of this dangerous disease.”

Sam Marchio resides in McLean, VA with his wife Shana (Stribling) Marchio and their son, Sammy.  He is Vice President of Federal & External Affairs for Elevance Health, Inc. (formerly Anthem, Inc.).  As a member of the Executive Leadership Team, Mr. Marchio leads the company’s advocacy activities before the U.S. Congress (House and Senate), and all national organizations and coalitions. Mr. Marchio also provides strategic legislative and political support to the company, including managing the company’s Political Action Committee and grassroots capabilities. Mr. Marchio joined Elevance Health in January 2011 with over 10-years of bipartisan legislative, communications, political, and management experience as a senior congressional aide and veteran of five congressional campaigns.

“It has been an absolute pleasure to serve on this prestigious board for over four (4) years now and I can say that without a doubt, I look forward to continuing my service. It  is a privilege to be part of this cause and the fight against kidney disease,” Marchio said.  “My commitment to the growth and success of The National Kidney Foundation will not waver”.

For more information about kidney disease, go to www.kidney.org.

In the United States, 37 million adults are estimated to have kidney disease, also known as chronic kidney disease (CKD)—and approximately 90 percent don’t know they have it.  One in three adults in the U.S. is at risk for kidney disease.  Risk factors for kidney disease include: diabetes, high blood pressure, heart disease, obesity, and family history. People of Black/African American, Hispanic/Latino, American Indian/Alaska Native, Asian American, or Native Hawaiian/Other Pacific Islander descent are at increased risk for developing the disease. Black/African American people are about four times as likely as White people to have kidney failure.  Hispanics/Latinos are 1.3 times more likely than non-Hispanics to have kidney failure.