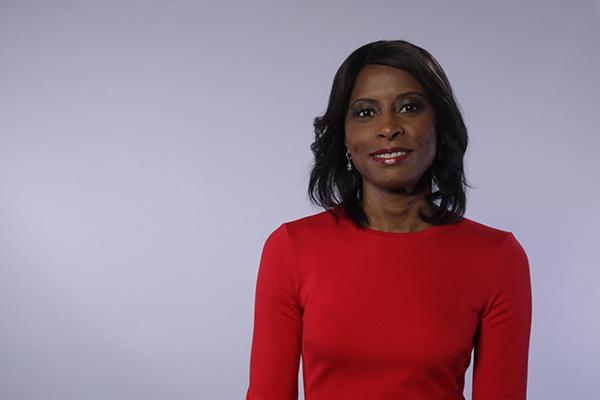 National Kidney Foundation Launches Video Spot for April –National Donate Life Month and National Minority Health Month
New York, NY—Monday, April 2, 2018— For many, spring marks a fresh start. Yet for others, as April – National Donate Life Month and National Minority Health Month – begins, it’s a reminder of the staggering reality and ratio that African Americans are at least three times more likely than Whites to develop end-stage renal disease, most commonly known as kidney failure.
This lingering health crisis, its urgency, and the need to solve the problem through living kidney donations versus years of dialysis, are the focal points of a new 60-second video public service announcement produced by the National Kidney Foundation (NKF) as part of THE BIG ASK: THE BIG GIVE platform. The PSA features two prominent African American women dedicated to fighting kidney disease: Kidney transplant surgeon Velma Scantlebury-White, MD, America’s first African American female transplant surgeon; and New York business executive Tracy McKibben, who donated a kidney to her mother. Also view the longer, nearly 4-minute video featuring McKibben and Dr. Scantlebury-White.
“The impact on our community is greater,” said McKibben, Founder and CEO of MAC Energy Advisors LLC, a global investment and consultant company; a Harvard Law School graduate and former National Security Council official in The White House. “Having gone to a dialysis center and seeing that the majority of the people there were African American, I was able to immediately see the impact . . . but I don’t know if many people realize that. My mother was on dialysis for several years, and we just didn’t know that it was an option to be able to donate a kidney. My mother was able to have the last nine years that she had because I donated a kidney to her. I was able to give her a different life.”
THE BIG ASK: THE BIG GIVE platform, which provides nationwide outreach, is designed to increase kidney transplantation through training and tools that help patients and families find a living donor. It includes direct patient and caregiver support through our toll free help line 855.NKF.CARES (855.653.2273), peer mentoring from a fellow kidney patient or a living donor, online communities, an advocacy campaign to remove barriers to donation, and a multi-media public awareness campaign. All of these resources are free and designed to teach kidney patients, or their advocates, how to make a “big ask” to their friends, loved ones, or community to consider making a “big give,” a living organ donation.
“One of the things we battle with is getting African Americans to get checked every year, because if they were aware of chronic kidney disease progressing to end-stage kidney disease, there’s that possibility that they could get a living donor and avoid dialysis altogether,” said Dr. Scantlebury-White, Associate Director of Renal Transplant, Christiana Hospital, Newark, DE. “African Americans with kidney disease should know that they don’t have to be on dialysis for the rest of their lives. They should be encouraged to pursue becoming a candidate for a kidney transplant.”
Dr. Scantlebury-White continued. “Many people are afraid to let their family know they need a kidney or even their friends, but they also fear that if they use their loved one they might be taking advantage of them.  Once a patient is transplanted, even on that first day, they look different, and they feel different.”
Many people never receive a transplant because they’re not equipped with the tools they need to ask. THE BIG ASK: THE BIG GIVE has new, in-person trainings nationwide, presented with leading transplant centers, that offer patients and potential donors the hands-on training they need to find a living donor. NKF then provides ongoing support to patients and their advocates with multiple tools and resources.
“The initial results from THE BIG ASK: THE BIG GIVE are encouraging,” said Kevin Longino, CEO of the National Kidney Foundation and a kidney transplant recipient for more than 13 years. “We’re seeing success stories come in from people who have just gone through the program. Participants are stepping forward to tell us they’ve found potential living donors or a living donor who is a match.”
Kidney Disease Facts
30 million American adults are estimated to have chronic kidney disease—and most aren’t aware of it. 1 in 3 American adults are at risk for chronic kidney disease. Risk factors for kidney disease include diabetes, high blood pressure, heart disease, obesity and family history of kidney failure. People of African American, Hispanic, Native American, Asian or Pacific Islander descent are at increased risk for developing the disease. African Americans are 3 times more likely than Whites, and Hispanics are nearly 1.5 times more likely than non-Hispanics to develop end-stage renal disease (kidney failure).
The National Kidney Foundation (NKF) is the largest, most comprehensive and longstanding organization dedicated to the awareness, prevention and treatment of kidney disease. For more information about NKF visit www.kidney.org.