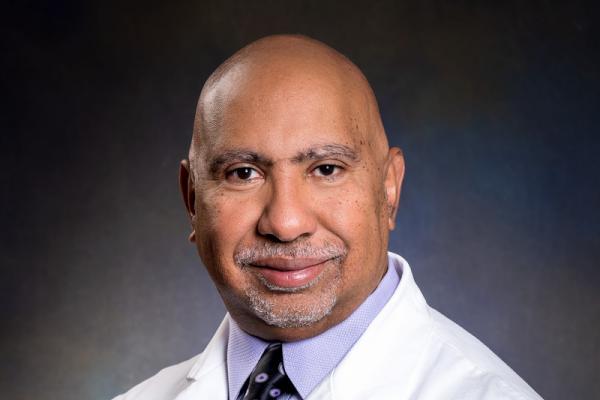 March 23, 2022, New York, NY — Each year, The National Kidney Foundation (NKF) evaluates the work of those who dedicate their careers to the 37 million adults in the United States affected by kidney disease and selects among them the educator, researcher, and clinical nephrologist to receive the prestigious Donald W. Seldin Award.

The award was established to recognize excellence in the tradition of one of the foremost teachers and researchers in the field, the late Dr. Seldin who was known as the intellectual father of the University of Texas Southwestern Medical Center. The award will be presented at the NKF Spring Clinicals Meetings in April to J. Kevin Tucker, MD, of Massachusetts.

“It is one of the highlights of my career as a nephrologist and an educator to receive this award named in honor of one of the luminaries in the field and to join such a distinguished group of colleagues who have received this award over the years,” Dr. Tucker said. “Kidney disease disproportionately affects people of color and economically disadvantaged populations. I am passionate about providing care to these populations and working to eliminate disparities.”

Dr. Tucker is Vice-President for Education at Mass General Brigham and Assistant Professor of Medicine at Harvard Medical School. He is also co-director of Harvard Medical School’s Master’s in Clinical Service Operations program. His clinical appointment is at Brigham and Women’s Hospital, where he focuses on the management of chronic kidney disease patients, hemodialysis patients, and peritoneal dialysis patients.

He was named Program Director for the Brigham and Women’s Hospital-Massachusetts General Hospital Nephrology Program in 2007 and served in that capacity for 10 years. He also served as Chief of Renal Medicine at Brigham and Women’s/Faulkner Hospital from 2013 to 2020 and as Harvard Medical School’s Faculty Director for Accreditation and MOC in the Department of Postgraduate Medical Education from 2016 to 2020.

“Dr. Tucker epitomizes the memory of Dr. Seldin in every way,” said NKF President Paul Palevsky, MD. “In addition to being recognized as an outstanding clinician and teacher, he is a leading advocate for home dialysis therapies, is an advocate for healthcare equity, and serves as a volunteer at the NKF of the New England office’s Medical Advisory Board.”

A native of Monroeville, AL, Dr. Tucker graduated from Birmingham-Southern College and Cornell University Medical College (now Weill Cornell). He completed internal medicine training at Massachusetts General Hospital and a nephrology fellowship at the University of Alabama at Birmingham (UAB). During his tenure at UAB, he was recognized as an outstanding teacher with the Department of Medicine Division Teacher Award as well as the Department of Medicine Top Ten Teacher Award.

“The NKF is an organization that works in the community to provide education and support to people with kidney disease,” Dr. Tucker said. “I have always been passionate about supporting this mission and appreciate the ways in which the NKF allows me to serve the community. There are too many people to thank for this honor and for their support and guidance in my career, but they include my family, teachers, and colleagues in kidney health.”

Awards will be presented at the NKF’s Spring Clinical Meetings in Boston during the President’s Dinner on April 8.

For the past 30 years, nephrology healthcare professionals from across the country have come to NKF’s Spring Clinical Meetings to learn about the newest developments related to all aspects of nephrology practice; network with colleagues; and present their research findings. The NKF Spring Clinical Meetings are designed for meaningful change in the multidisciplinary healthcare teams’ skills, performance, and patient health outcomes. It is the only conference of its kind that focuses on translating science into practice for the entire healthcare team. This year’s event will be held in Boston, April 6-10.

In the United States, 37 million adults are estimated to have kidney disease, also known as chronic kidney disease (CKD)—and approximately 90 percent don’t know they have it.  1 in 3 adults in the U.S. are at risk for kidney disease.  Risk factors for kidney disease include: diabetes, high blood pressure, heart disease, obesity,and family history. People of Black/African American, Hispanic/Latino, American Indian/Alaska Native, Asian American, or Native Hawaiian/Other Pacific Islander descent are at increased risk for developing the disease. Black/African American people are more than 3 times as likely as White people to have kidney failure.  Hispanics/Latinos are 1.3 times more likely than non-Hispanics to have kidney failure.