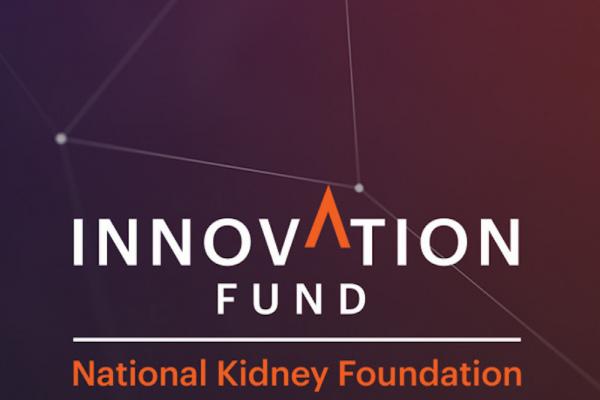 “The kidney health landscape is broken and lacks needed innovation,” said Kevin Longino, chief executive officer of NKF and a kidney transplant patient. “Dialysis has been the go-to treatment for more than half a century.  Fifty years without major progress is unacceptable.  About 37 million Americans have kidney disease and many crash into kidney failure and require dialysis before ever being diagnosed. We need a fundamental change in how we deal with kidney disease. Our Innovation Fund will provide donors with a unique opportunity to see their dollars support companies pursuing the most promising therapies, treatments and prevention methods that offer the potential to transform kidney care.”

The NKF Innovation Fund’s goal is to accelerate funding, development, and commercialization of therapies that kidney patients need and deserve. The fund will primarily invest in early to mid-stage companies that are developing innovative, patient-centric kidney therapies. The NKF Fund is modeled after similar vehicles used by other leading patient organizations to spur industry to develop transformative treatments with other diseases. NKF believes kidney patients deserve no less.

NKF’s Innovation Fund is already attracting interest from major donors and innovator companies. In March, the Fund made one of its first investments. Kuleana Technology, located in Seattle, Washington, is a spinoff from the University of Washington and closely aligned with both the Center for Dialysis Innovation at the University of Washington, and with the Northwest Kidney Centers. The company is developing a groundbreaking portable hemodialysis device that will not require connection to an external water source. The new technology will be more effective than current dialysis since it will allow patients to dialyze on the go, enabling whenever, wherever dialysis for millions of patients around the world living with kidney failure.

“Our vision is very straightforward,’ added Longino. “We are going after the full spectrum of kidney disease. With the NKF Innovation Fund we want to prevent kidney disease, eliminate the transplant wait list, and provide better, safer treatments for dialysis patients so they can live fuller and more productive lives. That’s the prism we’re looking through for every investment we make, and I think our first investment into this space shows just how serious we are.”

“We are excited and enthusiastic to be partnering with the National Kidney Foundation in this pioneering effort to impact the lives of people living with advanced kidney disease. Like NKF, we recognize the large unmet need to create transformative dialysis therapies that are safer, more effective, give patients freedom and mobility, in order to significantly improve their quality of life”, said Dr Jonathan Himmelfarb, President and CEO of Kuleana Technology.

For more information about the NKF Innovation Fund visit kidney.org/innovationfund. To learn more about kidney disease and how to maintain optimal kidney health visit www.kidney.org/.