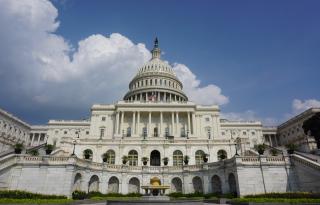 The National Kidney Foundation recently joined with a broad coalition of patient advocacy groups in signing and delivering multiple letters to congressional leadership urging them to prioritize access and affordability as they consider how best to reform health care more than a year after COVID-19 first took center stage.

The first formal letter, delivered to House and Senate leaders in late April, was signed by more than 30 organizations that “represent more than 120 million people with pre-existing conditions in the U.S., many of whom have increased risk of infection and/or adverse health outcomes as a result of the COVID-19 pandemic.”

It noted that many patients still face major disparities when confronted with health insurance premiums as well as out-of-pocket costs. It also pointed out that while the recently-passed American Rescue Plan took additional steps to expand Medicaid coverage, federal representatives “should take action to improve the continuity of Medicaid coverage for both children and adults by making continuous eligibility mandatory for both of those populations.”

The urgency of affordability

The second letter, sent last week, emphasized that all patients, particularly those with pre-existing conditions, are watching closely as Congress publicly debates whether to incorporate health-related plans and proposals in its next major legislative package. “Patients face an urgent need for bold reforms to our health care system that will serve their needs not just for the duration of the pandemic,” the letter noted, “but for generations to come.”

NKF continues to pro-actively identify ways in which it can urge public leaders to prioritize the kidney patient community, either by working independently or in collaboration with like-minded patient-focused groups. We will ensure that pro-kidney health recommendations are consistently delivered to key decision makers and that kidney patients have a seat at any table where major health care reform is a topic of discussion.