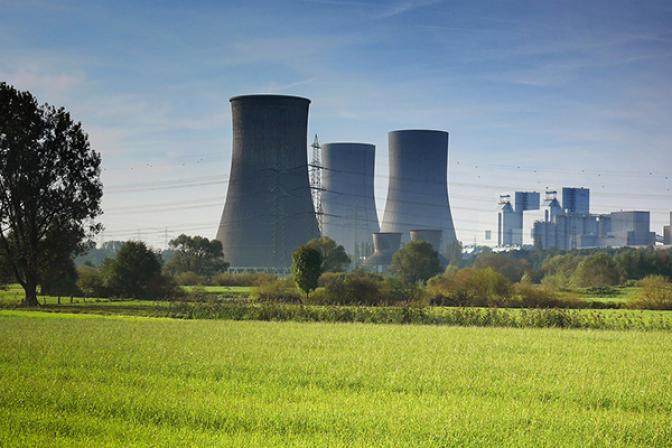 By Leslie Spry, MD, FACP, FASN, FNKF
Air, soil, and water pollution have been linked to risks for cancer, heart disease, lung disease, shortened life, and infections. There hasn’t been much information about how pollution increases the risk of chronic kidney disease (CKD). But what we know shows there’s a connection.
Let’s learn about how environmental pollution can cause CKD.

Mercury, lead and cadmium from food, water or industry have all been linked to people getting CKD. It has been found in some fish, such as tuna and fresh water fish, but not enough to cause kidney disease.
Mercury puts pregnant women and their unborn babies at risk.
Lead exposure doesn’t happen as often as it used to. People can get lead from water from old lead piping. Industrial exposure to lead comes from battery recycling and manufacturing of lead products.  Chronic lead exposure can cause gout with kidney disease known as “saturnine gout with nephropathy.”
Cadmium exposure often comes from foods, such as rice grown in soil with cadmium in it. Cadmium is also in cigarette smoke.

Smoking and second-hand smoke increase your risk of kidney disease. Exposure to tobacco smoke has also been linked to kidney and heart disease. Smoking also increases your risk of bladder and kidney cancer.

Evidence presented in a report in the Journal of the American Society of Nephrology points to air pollution increasing risk of new cases of kidney disease, and quicker progression of CKD to dialysis.
The study, from St. Louis VA Medical Center, looked at 2.5 million veterans who did not have kidney disease when they were screened in 2003 and 2004. Their cases were “followed” across the country for an average of 8.5 years and compared to air pollution levels across the country being monitored by the Environmental Protection Agency (EPA) and the National Aeronautics and Space Administration (NASA). For accuracy, researchers also took into account recent improvement in air quality in the U.S., and patients’ kidney disease risk factors (age, race, sex, heart disease, lung disease, diabetes, high blood pressure, smoking, obesity, and poverty).
The study found that for every increase in pollution of 10 micrograms per cubic meter of air, there was a 25 to 37% increase in the number of veterans with new kidney disease, a 36% increase in rapid loss of kidney function, and a 31% increase in risk of kidney failure followed by dialysis. The study also estimated that pollution, could have caused about 45,000 new cases of CKD and 2438 patients starting dialysis during the time of the study.
The rise of CKD in some areas of the U.S. has been unexplained for some time. Now we know that air pollution could be why. It’s still unknown how pollution actually causes the CKD.
In one theory, small pollution particles can enter the blood stream after being inhaled into the lungs. Once in the blood stream, they could be filtered by the kidney and cause kidney damage.

Some plants and herbs may contain aristolochic acid or nephrotoxic phytochemicals. When eaten, plants containing these chemicals can cause interstitial nephritis and CKD. Herbs containing aristolochic acid that have been linked to epidemics of CKD. One epidemic in Balkan countries was known as “Balkan nephropathy.”