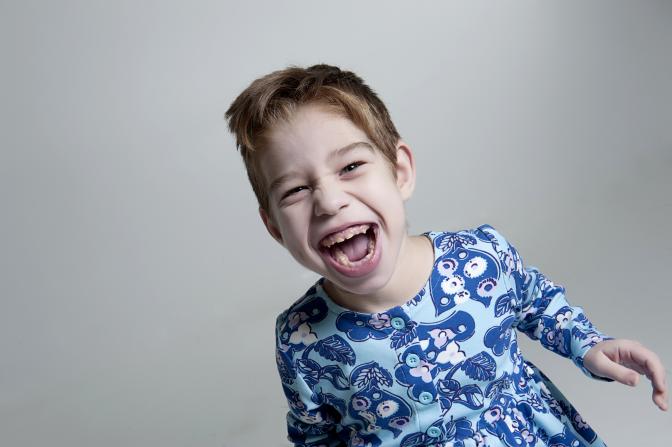 By Katelyn Engel, Program Manager
Meet Ellie, a vibrant four-year-old girl who loves singing and dancing, Shopkins toys, and playing outside. She has a big personality and an infectious smile. She also has kidney disease. We talked with Ellie’s mom Jeni about Ellie’s kidney journey. We’re excited to share their story with you, this is a pretty inspiring family!

When was Ellie first diagnosed with kidney disease?

“Ellie was kind of unusual because she was diagnosed the day she was born.  I was at my 39-week OB appointment and thought my baby was perfectly healthy until they did an ultrasound in the office. When the doctor couldn't find any amniotic fluid around Ellie, they said I needed to have her that day.  An ambulance trip to the U of M, several more ultrasounds, and a C-section later, miss Ellie entered the world in complete renal failure and respiratory failure. Ellie’s kidney disease had caused her lung issues, because babies swallow their urine in utero to help their lungs expand, and Ellie’s were not making any urine.
Ellie was diagnosed with bilateral multi-cystic dysplastic kidneys. Most babies that have this condition do not survive, but thankfully we had the amazing medical equipment and expertise at the University of Minnesota, which saved her life. Ellie was kept alive initially on ECMO (Extracorporeal Membrane Oxygenation), which is a heart and lung bypass machine. She was on this machine for nine days to give her lungs a chance to grow and rest. Thankfully they recovered enough to wean her to a ventilator.”

What kinds of treatments has Ellie been through since she was born?

“At nine days old Ellie had a peritoneal catheter placed and started dialysis.  Initially she needed dialysis around the clock, 24 hours a day, while her body adjusted to it.  When she was around seven weeks old she was able to decrease to 12 hours a day.  By two and a half months old, she was able to be welcomed home.  Her kidneys never improved so Ellie continued on dialysis.”
At 1 ½ years old Ellie received her first transplant. “The kidney came from a deceased donor, we literally received a call in the middle of the night. It was so exciting and nerve-wracking all at the same time!  Ellie's transplant surgery went smoothly and her recovery was so quick-she was home in less than a week after surgery!”
Unfortunately, that joy was short-lived.  Four days after coming home Ellie spiked a fever. She was in acute rejection. For over a month she was hospitalized doing plasmaphoresis treatments to save the kidney.  Despite these efforts, they could not stop the rejection. A little over a month from when she received the kidney it was removed.
So Ellie restarted dialysis. This time hemodialysis. Like many children Ellie had to go to the outpatient dialysis center four days per week to get her treatments. After several months Ellie’s family decided to switch back to peritoneal dialysis, which can be done from home. Driving to the dialysis center four days per week, especially during Minnesota winters, is quite challenging.
Ellie has been back on peritoneal dialysis now for two and a half years. Besides a few catheter issues (the catheter is the tube that allows the peritoneal fluid to enter Ellie’s body) dialysis has been going pretty well. We are hoping to have her activated on the transplant list again soon and receive a new kidney, but every cold, illness or surgery delays this a bit longer.”

That’s quite the journey you’ve been on! What is it like for a child to be on dialysis?

“Ellie is a dialysis pro!  As a baby, it seemed like the warm PD [peritoneal dialysis] fluid would lull her to sleep.  She could sleep like a champ through the twelve hours of treatment!  As she got more active and moved around more she always seemed to know the limits of her tubing and would stop just short of tugging on it.  Her hemodialysis days were more of a challenge. She was just starting to stand and cruise furniture, but had to lay still for four hours at a time. That’s forever to a toddler! That's when we started using an iPad to keep her entertained. It's been such a help!  Often watching videos on her iPad is the only thing that will help her hold still!”
“We’ve had some trouble as Ellie went through a phase of curiosity about her catheter- once during a nap she figured out how to unscrew the catheter to remove its cap. I found her sucking on the end of her catheter!  She was so proud of herself! We've had to become creative with clamps and wraps to help keep her curious hands off her catheter.”

What a kid! Dialysis is hard enough for adults, I can only imagine trying to get a toddler to sit still for a four-hour treatment. Thank goodness for technology!

As parents, where have you gone for information and support? What resources would you recommend for others?
“Ellie's condition came as such a shock for us!  No one in either of our families had kidney disease and we really didn't know much of anything when we started out.”
“The PD nurses had to teach us everything. They were so great about giving us support day or night whenever we needed it.  But I really craved connecting with other families like ours.  I found a couple groups on Facebook, but nothing local initially.  When Ellie started hemodialysis, and we were going to the dialysis center, I found all these other moms with kids on dialysis. We quickly became our own support group. As our kids received transplants or switched to other treatments, we’ve kept in touch via Facebook. One of the moms has spearheaded a local Facebook group for parents of kids with kidney disease. It would have been really helpful to connect with other families in a similar situation earlier in our journey. Ellie was 18 months old before I ever really connected with another ‘kidney mom!’ Because I don't want to see others wait that long, I volunteer to meet with families faced with a new kidney disease diagnosis to offer support and help them make connections.”

Wow! That is an amazing thing you’re doing! Thank you for being a resource and support for families. I’m sure many parents appreciate what you’ve done for them.

As a caregiver, you must be faced with a lot of challenges. Can you tell us about them? What, if anything, has helped make things easier?
“Exhaustion is my biggest challenge.  Ellie's dialysis runs overnight for 12 hours. And sometimes the machine will alarm so much I think it hates me. I might have to get up every 30 minutes because of low drains or kinks in the tube.  Then in the morning she has doctor or therapy appointments and I have to get her sister to and from school, even though I may only have slept for a couple hours (in fifteen minute chunks of time!).
It’s relentless.  There's no break from dialysis. You can't take a day off because you don't feel like it or you're too busy. Dialysis runs our lives. We make all our plans based around Ellie's dialysis schedule. The hardest is missing evening school programs or functions because Ellie has to be at home, hooked to her machine.  And even though Ellie's big sister Emma loves her, its hard. Emma often voices how frustrating it is that we can't travel easily or far to see extended family because of Ellie's dialysis.
One thing that has relieved a little of the burden is having home health nurses. Unfortunately, we haven't had them consistently, but when we do it's wonderful!  We can go to church programs, out to dinner or just an evening movie and have that little break that helps recharge us.”

That sounds extremely difficult. I think sometime we forget that dialysis isn’t just hard on the person going through it, but everyone around them too. Support for caregivers and family members is really an essential thing.

What’s one thing you’d like the world to know about kidney disease?
“I guess the thing I'd like people to know is that kidney disease can affect anyone, even kids. And that kidney disease IS a big deal! There's so much more to kidneys than just making urine!”
Thank you for sharing your story with us. We’re all crossing our fingers that Ellie gets active on the transplant list soon!