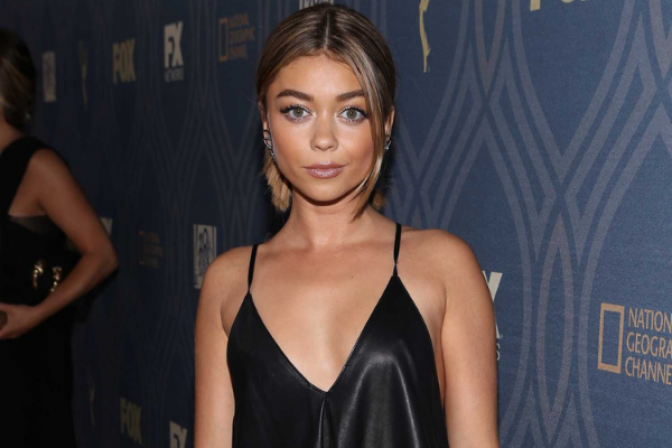 Silent isn't usually used to describe Sarah Hyland, a well-known actress for her role in Modern Family. Witty, talented, outspoken, funny, and inspirational? Yes. However, she has been silent about one thing for a long time–how her chronic kidney issues affected her while filming.

Sarah Hyland has spoken about her kidney dysplasia and transplant journey before. She has seen so much success that many would think it had come easy. However, her candid interview on Quitters with on-set mom Julie Bowen and cohost Chad Sanders revealed just how hard it was for Hyland to perform through the exhaustion and pain.

Playing Haley Dunphy on Modern Family for the first five years was an escape for Hyland. Then her health took a turn.

She lost weight, was in severe pain, and felt perpetual exhaustion. She even forgot filming certain episodes, including 2011's "Hit and Run," due to fatigue.

When Hyland heard her cue to perform, she'd pop up, do her scene, and then go back down to sleep.

Hyland received a kidney from her father when she was 21. Sadly, her body rejected the organ four years later. Hyland worked through hospital visits, medications that left her face swollen, and dialysis three times a week.

Luckily, her brother Ian was a match to donate his kidney, but Hyland struggled while waiting for the transplant evaluation to be completed.

"My dad's kidney had already failed at that point. I was on dialysis. What if this happens again? Hyland said, "What do I do? That's where I felt suicidal. This is just hard for me to do anymore. And it would just be easier for everyone else too."

Hyland attributed these thoughts to putting on a brave face despite the life-long pain and exhaustion she experienced from the chronic illness.

"Twenty-seven years of almost always being in pain... I don't think I've gone more than one or two years without being hospitalized." Hyland said, "I don't like to victimize myself. I don't like other people to victimize me…I had almost 27 years of putting on a show, whether it was on Broadway or in my family living room."

Unfortunately, Hyland is not alone in this experience. One study estimates that up to 20% of people with early and late-stage kidney disease experience anxiety, social isolation, loneliness, or depression.

Keep an eye out for these symptoms and seek professional help if you experience them for more than two weeks. Depression can affect your physical health as well.

So, remember- you are not alone. Help is available for you if you need it.

Why she's opening up now

Growing up, Hyland didn't have many female role models in the acting industry who were open about their chronic health issues.

Now that she is on the other side of recovery and doing well, she hopes her story helps others experiencing similar challenges.

"We don't talk about it." Hyland said, "I thought if I talk about this, not only do I think it will help me and be a bit cathartic, in the sense of I'm proud of myself for making it through the other side but as well as shedding even more light. The mental health community needs more light on it."

All patients face challenges - so let's talk about it! Your story may be the one that gives another person with kidney disease hope.