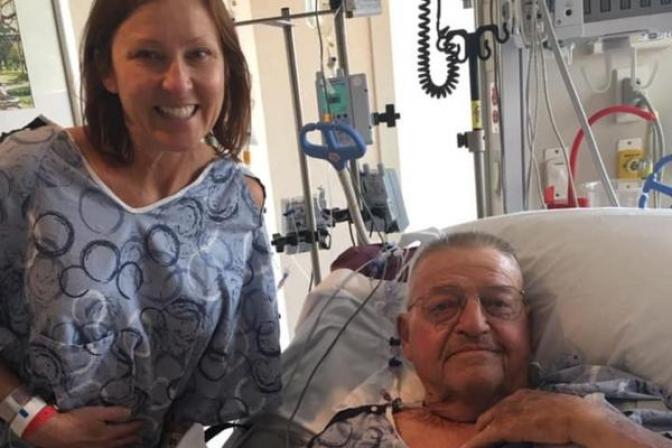 When Kelli Strother walked into her local NKF office in 2018, she expected to discuss kidney health policy and figure out how her employer could help improve mental health services for people with kidney disease. She walked out with partnership ideas and an invitation to a kidney health screening event, which would inadvertently kick-start her journey to become a kidney donor.

While meeting with the NKF staff, Kelli, who is a Director of State Government Affairs at Otsuka, happened to share that her father was on dialysis after losing his kidney function to an acute autoimmune disease. Having learned this, the local NKF office suggested she volunteer with them outside of her organization.

"Before I started engaging with NKF, I knew about transplantation–we all know about it, but we don't understand it and we don't know how to get started," Kelli said. "Fast forward a few weeks and I showed up to volunteer at an NKF kidney screening event. There, I talked to a kidney transplant recipient–the first person I knew well enough to have a conversation with about a kidney donation."

A few weeks later, Kelli decided to go to NKF Kidney Walk, where she saw and spoke with the same man.

"He is a school teacher and told me that one of his student's parents donated their kidney to him," said Kelli. "It was an epiphany for me. I thought, 'Does this mean I can give my kidney to my dad?'"

Kelli couldn't wait to tell her dad about her idea: She was going to donate her kidney to him. But her dad declined the offer. "He believed that it would be dangerous for me. He said, 'I can't ask you to do that.' I said, 'Dad, I want to do this. We should at least look into it.’"

Kelli wasn’t going to give up that easily. The next NKF event she attended gave her even more motivation and inspiration to convince her dad.

"I showed up and saw all these kidney donors and recipients that were participating. One man wore a shirt that said 'rock one kidney'. The attitude towards it was fun," said Kelli. "I got to ask questions and talk one-on-one with donors. One donor was an ultra-distance runner who had done 100-mile runs with one kidney.”

Hearing how this donor worked with their healthcare team to continue doing the sport they loved inspired Kelli. She brought this information to her father to show that kidney donation was safe and wouldn't affect her health. With his mind at ease, Kelli’s dad began the evaluation processes and Kelli learned she was a match. 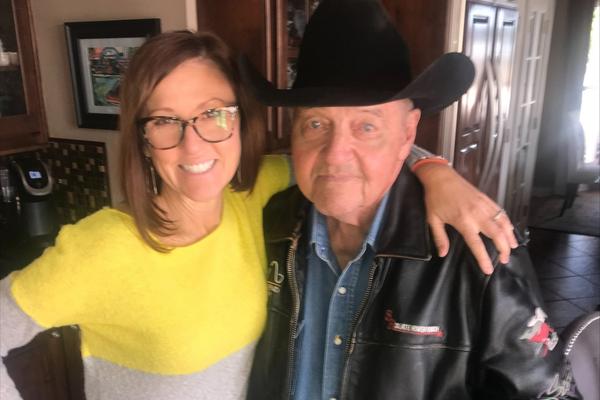 Before the transplant date was set, Kelli got a call from the surgeon. There was a woman, Willayna, whose husband matched her, but because of their incompatible antibodies, the surgery couldn’t go on. It was likely that the antibodies would alert Willayna’s system to a foreign object, the kidney, and attack it.

Kelli’s antibodies, on the other hand, were compatible with Willayna’s - would she be willing to donate her kidney to her instead? In turn, Willayna’s husband would donate his kidney to Kelli’s dad in what is called a paired kidney exchange, a program that allows donors to “swap” kidneys with other compatible recipients on the waitlist.

"I asked if this would change Dad’s outcome to take a kidney from someone who is not family. He said, 'Absolutely not. Your dad would probably be better off with a male kidney based on size because they're about 25% bigger,’” said Kelli. “After that, the biggest factor I considered was hearing I could get two people off dialysis in one day.”

With this knowledge, Kelli agreed to the paired kidney exchange. On May 23rd, 2019, her selfless act gave two people life-changing gifts.

"I'm happy to say that three years later, my dad is doing wonderfully and the other couple is like family now. We see each other regularly,” Kelli said. “Willayna, my recipient, is going to come to my city and do the NKF Kidney Walk with me. It's been a really amazing journey. I just feel fortunate.”

Considering becoming a kidney donor? We applaud you! Start by getting more information on living donation. 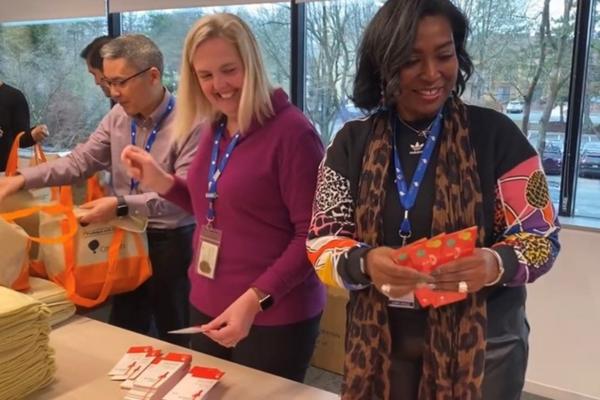 Kelli's kidney advocacy journey didn't stop there: She is on the chair of her local NKF office and works with the Kidney Advocacy Committee. Through it, she learned about Drive for Dialysis, a workplace initiative where team members volunteer to assemble care packages for people on dialysis while learning about kidney health.

"I think my colleagues at Otsuka learned something new. Anything we do to increase the awareness of the dialysis journey is important," said Kelli. "I had a dad on dialysis, and I didn't really know that much about it. Drive For Dialysis certainly helps."

"It is so wonderful that we have life-saving dialysis technology and the people who commit their lives to taking care of these dialysis patients, but I know it's difficult," Kelli said. "So anything we can do to make their time on dialysis better, more comfortable, and to make them feel supported and cared for is great. Anything we can do to increase living donations and get people off dialysis is even better."

Want to make a difference in your own community? Learn how to host a Drive for Dialysis event.


“I have been to South Africa, I donated a kidney, or I have a tattoo” - this game of two truths and a lie was featured prominently on Jessica’s dating profile. ...


In 2007, Ryan Shay, a professional athlete, collapsed during the US Olympic Marathon trials and later passed away from heart failure related to a preexisting condition...