Taking One Kidney Up Mount Kilimanjaro 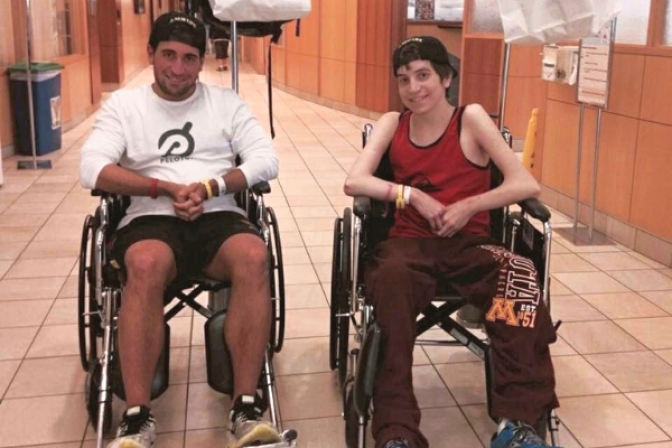 Jumping out of planes and diving with sharks - Corey Zaretsky has always had an adventurous side. Even after donating a kidney to his younger brother Matty, this never changed. Now, he's using his love of thrill-seeking to prove that you can live an active, healthy, and happy life with one kidney to inspire others to consider donating.

The bond between brothers

Just three years apart, Corey and Matty have always had an inseparable bond made stronger by Matty's diagnosis of nail-patella syndrome, a rare genetic mutation developed during pregnancy. This syndrome affected his nails, bones, knee caps, elbows, and pelvis and weakened his kidneys.

"We're very close. We do everything together, whether it's sports, vacation, travel, working out together and, you know, also driving each other crazy," said Corey, "We've always had the kind of relationship where I push him to experience life as much as possible and he pushes me to be a better person."

Matty's kidneys progressively weakened as time passed until a year-long battle with chronic pancreatitis forced doctors to remove his pancreas, gallbladder, spleen, appendix, and parts of his intestine in May 2014. The stress and surgery caused his kidneys to fail soon after, and Matty began dialysis. 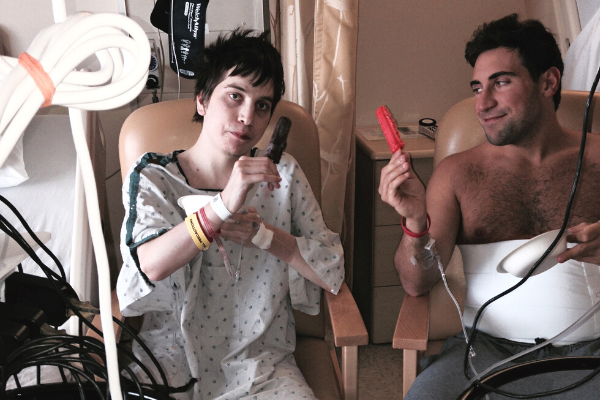 Matty (left) and Corey (Right) enjoying a popsicle after the kidney transplant.

Corey had always known that his brother's kidneys would likely fail and vowed it would be him to donate when the time came.

"I was always going to donate it to him if I was a match," Corey said, "If not, I would have donated it to somebody else to force that chain reaction that would help him get one from somebody else."

However, Corey didn't need to go through an incompatibility program because they were an almost perfect match. On August 14th, 2014, two weeks before Matty's 21st birthday, the transplant surgery was a complete success.

"My brother looked very, very sick going into surgery. Literally the next morning, it was as if he was a completely different person. He had all the color back in his body. So much swelling had gone. He had so much energy," Corey said, "As for me, I was anxious to get back to my pre-surgery exercise routine. Seeing my brother's complete change in health, I knew I wanted to do something to inspire others to become living donors."

Corey's passion for exercise turned out to be the perfect way to raise awareness for living kidney donation. Two years after the transplant, he joined Team Kidney Moves and spread the message by running a marathon. Not only did he complete the race, he also raised more than $20,000 to benefit the National Kidney Foundation. 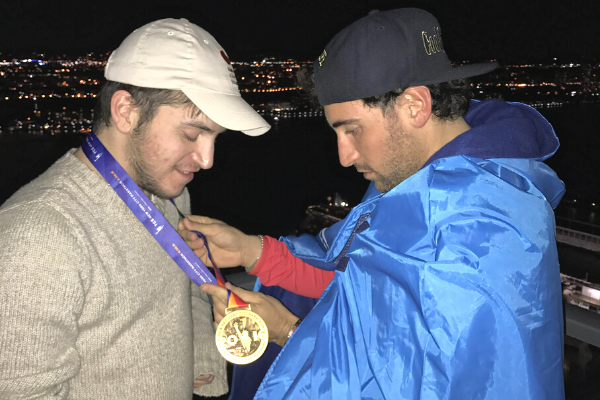 Corey (right) places a medal on Matty (left) after running the marathon.

"I pushed myself to do something I wouldn't have considered doing before donating the kidney," said Corey, "I was able to do it safely to ensure that I accomplished the goal."

This October, Corey is taking things to the next level by summiting Mount Kilimanjaro, the largest free-standing mountain in the world, at a whopping 19,000 feet. He isn't stopping there, though. Corey's aiming to raise $55,000 to help support NKF's mission to fight kidney disease.

"I'm going to do my best to get this one kidney up Kilimanjaro and try to document the entire journey. Why? Because if my reaching the top of this mountain can inspire even one person to donate a kidney, this will all be a success," said Corey, "Donating means giving the ultimate gift – the gift of life to someone else."

If you're interested in donating, joining the climb, or learning more, Corey encourages you to reach out.

"This is a rallying cry to anyone who has donated an organ who wants to do the climb with us," said Corey, "My goal is to get on top of that mountain, raise a National Kidney Foundation flag high, and say we did it."

Donate, join the climb, or learn more about Corey.

Challenge yourself with Team Kidney Moves

Challenge yourself not just to test your strength and endurance — but to fight kidney disease. Whether it's a 5K, a group bike ride, or summiting a mountain like Corey, you can participate in your favorite event while helping support the National Kidney Foundation. The sky's the limit on what you can do to get active for Team Kidney! Get started today.

Meet the Grandma Fighting Kidney Disease on the Fortnite Battlefield


Picture a gamer: you might see a young teen with color-changing lights in the back. Maybe a college student playing with friends or even an adult who made a career fro...


“I have been to South Africa, I donated a kidney, or I have a tattoo” - this game of two truths and a lie was featured prominently on Jessica’s dating profile. ...