There is no Greater Good 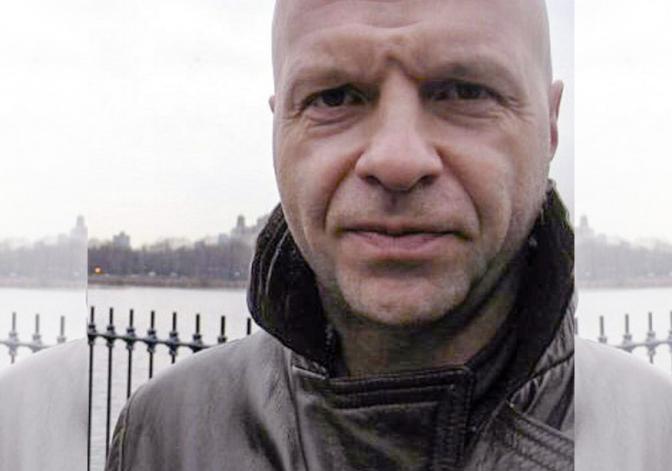 By Daniel Appleby, NKF volunteer
September 20, 2016. I'm less than two weeks away from my scheduled transplant surgery.  Just yesterday I met with a dear friend Theresa who felt compelled to remind me that it still wasn't too late for me to change me mind about donating one of my kidneys to another friend in need.
The tone of her reminder was surprisingly confrontational as were the questions that followed. "Why are you doing this? Why? Why are you risking your life for someone you hardly even know? This person is not family, or even a loved one. It makes no sense!”

My response was my usual retort, "it's not about him..." But Theresa wasn't buying my “greater good" argument. Or my insistence that I was doing it for myself. And so I tried explaining...

My desire to contribute to a "greater good" was inspired by Bernie Sanders actually.  I worked as a volunteer on his campaign.  And that work, more than anyone or anything else, convinced me on a very profound level, that we are all in this together. Consequently, I now believe it is a responsibility for each of us to do what we can to take care of and to help one another.

Theresa who was named after Mother Theresa by the way, was in rare form and decidedly on a roll. That said, it seemed to me, she was also stuck in a very narrow, if not closed minded way of thinking.  It wasn't simply selfishness, or a lack of compassion, or empathy on her part, because clearly her intentions were good and even caring on some level, but our disconnect was also nothing short of profound.

Unfortunately for me, her refrains were all too familiar, because I had heard them before and worse, from other friends and loved ones. And in each case, they put me on the defensive which inevitably turned out to be very stressful. And so, rather than spend my precious time trying to explain myself, I would end those conversations as soon as they began.

Thankfully, the majority of my friends and loved ones do not share Theresa's opinion. The majority see the act as noble and selfless, and even heroic on some level.  As such, they have been genuinely supportive, even cheering me on as it were. Nevertheless, Theresa's questions linger; and for better and worse, the closer I get to my scheduled surgery date, the more I am similarly challenged.

My nephew who also expressed concern about my decision, recently informed me that he is not registered as an organ donor.  He confessed that for him, it's a matter of trust. He simply does not trust the medical industry; not hospitals, not doctors, not EMTs.  Nurses he trusts, but the rest of them? Not in the least.  "There just too much money in the illicit harvesting of human organs" He tells me.  "You've seen the movies." *
What movies?" I ask.

"Touristas, for instance" he replies.
"That movie I have seen" I tell him. "One of the producers on that film is an old friend of mine. He was also a Minnesota home grown. That movie opened to mostly terrible reviews, but I enjoyed it, as comedies go."
"It's not a comedy!" My nephew insists.
"It's not?" I ask. "I stand corrected" I tell him. "My point is, it's fiction! You can't really believe that anyone who is even thinking about harvesting your organs would take the time to examine your driver’s license? Let alone be stopped by the fact that you did not check the organ donor box?"
"I didn't think about it in those terms"
"What other terms are there?" I ask.  Then I catch myself, and change my tone. "Hey I get it. There are a lot of people who are not comfortable even discussing the subject. The problem is, twelve people die needlessly each day, waiting on kidneys that don't arrive in time to save them because there are not enough organ donors."
"You're blaming me for that?" My now defensive nephew asks.
"No, I'm blaming your point of view, which is woefully misinformed." I respond
"You're on your high horse again uncle"
"Sorry" I tell him.  "Occupational hazard."  Those were yesterday's conversations.

Early this morning, after yet another restless night, my subconscious provided me with what I think is a rather eloquent answer to the reoccurring question of "why anyone would become an organ donor?" This particular answer is one I am almost certain I have not heard before… So for me it was an of an epiphany of sorts when the voice in my head suggested "Think of what you're doing, as a form of philanthropy."

Philanthropy of course takes many forms, the most obvious being financial.  Some are blessed with more money than they need, and the abundance of that blessing, compels them to use their wealth to help others and or contribute to a greater good.

I happen to be blessed with extraordinarily good health which includes two perfectly healthy kidneys. Kidneys are redundant organs in that most of us only need one of them during the course of our lifetime. Possessing two kidneys that are in perfect health enables, and yes compels me and others like me, to donate one of them to help others who are less fortunate.

The other in my case, happens to be an old friend suffering from a kidney disease that will surely kill him if he does not receive a transplant and soon; which is to say that my donated kidney will most probably save my friend’s life.  How can that, not make sense, to anyone?

My transplant surgery took place on September 29,2016. I am extremely happy to report that it was successful; both donor and recipient recovered quickly and are now living healthy and grateful lives.
* In the United States the sale of organs was banned under the National Organ Transplant Act of 1984 (NOTA). Most states have passed required request laws. These require hopsitals to have a system in place for asking the famility members of someone who has died to consider donating their loved one's organs and tissues. The family members must sign a consent form before doantion can take place even if the person had indicated the desire to be a donor by signing a Uniform Donor Gard or the organ donor declaration on his or her driver's license. That's why it is so important to tell your family members about your decision to be a donor. Visit our website for more facts about organ donation.