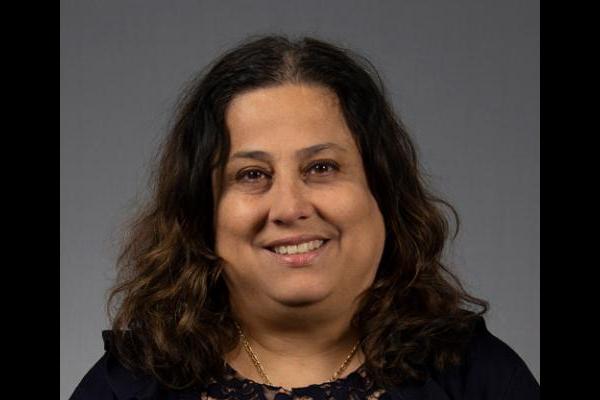 Oct. 19, 2020, New York, NY —The National Kidney Foundation (NKF) national governing Board of Directors has named nephrologist Dr. Sylvia E. Rosas of the Joslin Diabetes Center in Boston as the president-elect, with a term as president to begin in October 2022.

“I would like to thank the NKF leadership for the opportunity to advocate for the 37 million adults in the U.S. affected by kidney disease,” Dr. Rosas said. “I look forward to working with [NKF] Chief Executive Officer Kevin Longino, the current [NKF] President Dr. Paul Palevsky, and the staff on these exciting times for kidney health and advocacy. The Advancing American Kidney Health initiative will transform nephrology care in our nation, and NKF will be present in order to advocate for our patients and kidney professionals.”

“I am thrilled that Dr. Sylvia Rosas is joining the NKF Board as president-elect,” Dr. Palevsky said. “I have known Dr. Rosas for many years and have had the privilege to collaborate with her in ongoing research. She is a passionate advocate for her patients and for all patients with kidney disease. I look forward to her joining the national leadership of the NKF in improving the lives of kidney patients and increasing awareness of kidney disease among the one-third of the adult population who are at risk of developing it,” said Dr. Palevsky, MD, current NKF President.

Dr. Rosas completed her Internal Medicine training at Michael Reese Hospital/University of Illinois at Chicago. She obtained clinical nephrology training and a master’s in clinical epidemiology from the University of Pennsylvania. She also completed the Wharton Management Program. She has been a nephrologist for 21 years.

“NKF is honored to have Dr. Rosas join the Board of Directors as the President-Elect,” said Anthony E. Tuggle, Chair of the NKF Board of Directors and a kidney transplant recipient. “We are especially fortunate at this time of intersection between kidney disease, the pandemic, and racial inequality in healthcare to have a nephrologist who is also an epidemiologist and diversity advocate, in our leadership. I want to thank Dr. Rosas for giving her talents to NKF in this critical way.”

“During my term as president, I would like to continue to focus on public awareness of kidney disease, particularly, diabetic kidney disease, the most important cause of kidney disease worldwide,” Dr. Rosas said. “I have been an advocate for eliminating barriers to kidney donation as well as reducing organ discards. In addition, there are significant disparities in both who is at risk for developing kidney disease and how treatment is applied.

“I plan to continue advancing these areas I have been dedicated to my entire career, to support programs that address and find solutions for these health disparities,” she said. “In addition, I will continue to work to increase gender and racial diversity in the healthcare field.”

She has received numerous awards including the National Kidney Foundation (NKF) of New England Physician of the Year in 2017 and National Hispanic Medical Association Fellow of the Year Award. She has been a long-time volunteer with NKF, including as a member of the NKF Spring Clinical Meetings planning committee, a judge at the Young Investigator Forum, and a member of the Scientific Advisory Board at NKF.

On a local level, she has been a member of the medical board of the NKF New England chapter. She is a member of the Editorial Board of the Clinical Journal of the American Society of Nephrology and the Advances of Chronic Kidney Disease Journal.

Dr. Rosas served as the Chair of the Minority Affairs Committee of the Organ Procurement and Transplant Network/United Network for Organ Sharing (UNOS). Dr. Rosas has been the secretary for Women in Nephrology as well as Program Committee Chair for the NIDDK Network for Minority Health Research Investigators.

Dr. Rosas and her family live in Newton, MA, outside of Boston. She is married and has two teen-age children.