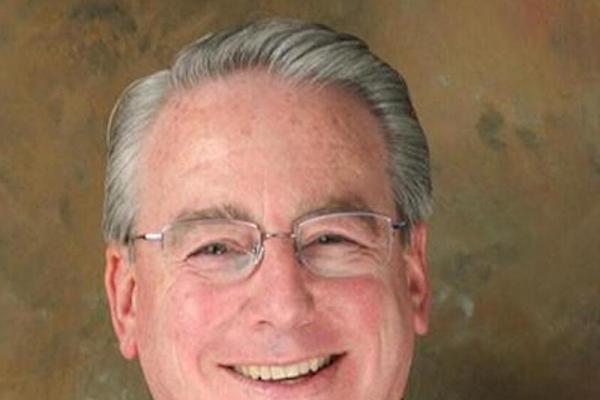 October 16, 2021—New York, NY — The National Kidney Foundation (NKF) grieves the loss of national board member and kidney champion, Alan C. Mendelson, who passed away unexpectedly last week. Alan, a highly regarded and widely recognized lawyer in the life sciences industry, was a devoted kidney advocate who supported kidney patients in the Bay Area for more than 35 years.

“We are deeply saddened by Alan’s sudden passing and extend our deepest condolences to his wife Agnès, their two sons Jonathan and David, and their families,” said Anthony Tuggle, Chair of NKF’s national board and a kidney transplant recipient.” Alan was very enthusiastic about bringing his decades of experience in the life sciences industry to the national board and helping us accelerate innovation in kidney disease and transplantation. He will be greatly missed and his volunteer work on behalf of kidney patients will be a lasting legacy.”

Through his work with companies that developed drug treatments for kidney patients and knowing friends who suffered from kidney failure, Alan learned about the burden kidney disease takes on patients and their families and committed to helping advance change. In addition to joining NKF’s national board of directors in April 2021, Alan previously served as President of NKF’s then Northern California affiliate for three years, served on the local board of directors for 12 years and supported NKF events in the Bay Area for nearly four decades. Professionally, Alan served as a Senior Partner at Latham & Watkins LLP for over 20 years until retiring in December 2020. Earlier in his career, he served as Secretary and Acting General Counsel at Amgen.

“Alan was an intelligent, thoughtful and devoted volunteer who recognized the devastating toll kidney disease takes on patient and families.  He used his significant knowledge and business acumen to work on their behalf,” said Anne Davidson Barr, a national board member for National Kidney Foundation who also volunteered with Alan in the Bay Area. “We at NKF are so saddened by this immeasurable loss to his family and all who had the privilege of knowing him.”

Alan was a very dear friend. We met when he served as President of the NKF Northern California Board. We have been friends for decades ever since," said Sheila Gordon, Committee Chair of NKF's annual Authors Luncheon. "He was a devoted husband, father and grandfather. His most outstanding quality, besides his great intellect, was his tremendous loyalty, to his friends, and to his passions which included NKF."

In the United States, 37 million adults are estimated to have chronic kidney disease (CKD)—and approximately 90 percent don’t know they have it.  1 in 3 adults in the U.S. is at risk for chronic kidney disease.  Risk factors for kidney disease include: diabetes, high blood pressure, heart disease, obesity, and family history. People who are Black or African American, Hispanic or Latino, American Indian or Alaska Native, Asian American, or Native Hawaiian or Other Pacific Islander are at increased risk for developing the disease. Black or African American people are more than 3 times more likely than Whites to have kidney failure. Hispanic or Latino people are 1.3 times more likely than non-Hispanic or non-Latino people to have kidney failure.