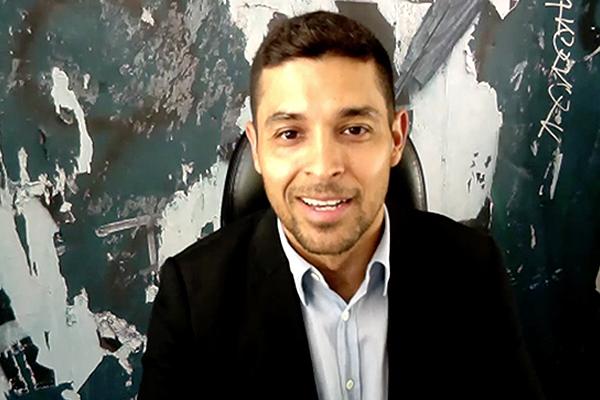 New York, NY – September 17, 2020 — More than 150 advocates from kidney organizations around the country met virtually on September 16th with their Congressional delegations to inspire action for kidney disease at the 7th Annual Kidney Patient Summit. Originally scheduled as in-person Summit to be held in the nation’s capital last March, due to COVID-19 the event took place September 15th with advocacy training and September 16th which featured nearly 200 meetings with Members of Congress and their staffs, and a virtual Congressional briefing led by actor, activist and entrepreneur, Wilmer Valderrama.

Dr. Rosas emphasized the important role providers can play in educating the public. “The involvement of nephrology professionals is crucial to helping at-risk patients and populations better understand how they can manage their health and avoid the risk factors that frequently lead to kidney failure.”

Maria Grijalva spoke passionately about her own experience with kidney disease and what the initiative means to her and patients like her. “Improving support networks for the patients and communities who we know to be at higher risk will help them get the care and early intervention they need to reverse the trends that we’re seeing in the Hispanic and kidney patient communities.”

Wilmer Valderrama shared his personal story of close family members having both diabetes and high blood pressure, two of the most common risk factors for developing kidney disease. “Given the significant burden of this illness, it is troubling to me that more adults in the U.S. are not aware of kidney disease. That is why I am proud to lend my voice to promoting awareness and early detection of kidney disease, especially in traditionally under-served communities.”

“We are very grateful to our distinguished panelists for their commitment to helping raise awareness of kidney disease and its devastating impact on communities of color, in particular the Hispanic community,” said Kevin Longino, CEO and a kidney transplant patient. “We look forward to continuing to work closely with Members of Congress on both sides of the aisle to address these health disparities and advance smart policies to help improve the lives of all those affected by kidney disease.”

During the Kidney Patient Summit advocate and kidney donor, Jason Nothdurft of Clarksboro, NJ, received the Richard K. Salick Advocacy Award presented to an outstanding kidney patient advocate. This prestigious award is given to an individual who embodies the voice of NKF’s patient advocacy. Jason has been integral to NKF’s efforts at the state and federal level.  He spearheaded NKF’s advocacy efforts to urge the state of New Jersey to provide paid leave for organ donation to state and local government employees, a tax credit for private companies offering paid leave for organ donation and a tax deduction for unreimbursed expenses related to living organ donation.  He also led NKF’s local efforts to introduce a state version of the federal Living Donor Protection Act, and helped lead NKF’s state-wide policymaker educational events, including a recent COVID-19 and Kidney Disease briefing.

“Dedicated advocates like Jason Nothdurft, represent the very best of grassroots advocacy. Not only did he donate a kidney to save a kidney patient’s life, he continues to champion our causes on behalf of patients, and we are very grateful to him,” said Longino.

During their individual meetings with Members of Congress and their staffs advocates asked policymakers to pass the Comprehensive Immunosuppressive Drug Coverage for Kidney Transplant Patients Act (HR 5534/S.3353) which extends Medicare coverage of immunosuppressive drugs for kidney transplant patients beyond the 36-month cut-off currently in place to cover medications for the life of the transplant; increase funding for kidney disease research and programs including a nationwide Kidney Risk Campaign to reach the undiagnosed who are unaware they are affected by kidney disease; and pass the Living Donor Protection Act (S. 511 and H.R. 1224), which prohibits insurance companies from denying or limiting life, disability and long-term care insurance to living donors and from charging higher premiums, and also ensures job protections for organ donors who need to take medical leave for organ donation and recovery after surgery.

The event, led by the National Kidney Foundation (NKF), brought together members of the NKF Kidney Advocacy Committee and advocates from the Alport Syndrome Foundation, IGA Nephropathy Foundation of America, and PKD Foundation.  #MyKidneysMyLife.

PHOTO CAPTIONS: Actor, activist, entrepreneur Wilmer Valderrama joins advocates at the virtual Kidney Patient Summit for a Congressional briefing, Kidney Health and the Hispanic Community: Are You the 33%?