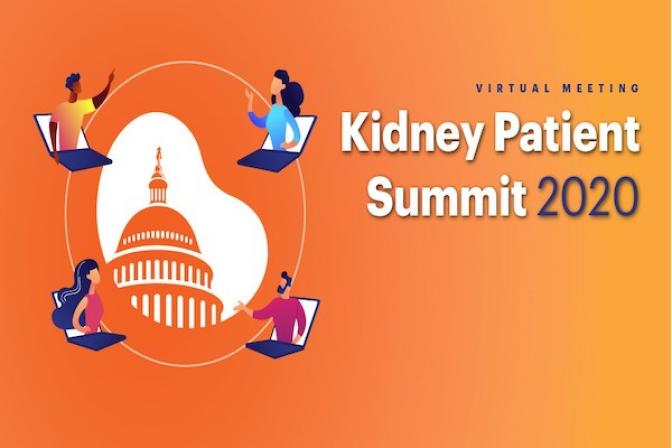 Thank you to all our advocates who took two days out of their busy schedules to advocate for the kidney community. They met with legislators to educate them about kidney disease and advocate for legislation to promote better kidney health, including the Comprehensive Immunosuppressive Drug Coverage for Kidney Transplant Patients Act (S. 3353/H.R. 5534), the need for greater funding of kidney disease research and programs, including the Kidney Risk Campaign, and the Living Donor Protection Act (S. 511/H.R. 1224). As a result of these advocate meetings, a number of legislators from both parties and chambers committed to co-sponsor one or more of our legislative priorities! If you haven’t already, please support our advocate’s hard work by adding your voice and writing your legislators now.

We also would like to offer a big thank you to actor, activist, and entrepreneur Wilmer Valderrama who joined advocates for Congressional meetings and spoke at our virtual Congressional briefing: “Kidney Health in the Hispanic Community: Are You The 33%?” He was joined by transplant recipient and NKF Kidney Advocacy Committee member Maria Grijalva as well as Dr. Silvia Rosas, MD, MSCE, nephrologist and epidemiologist at the Joslin Diabetes Center and the Beth Israel Deaconess Hospital in Boston, MA, Director of the Latino Kidney Clinic at Joslin Diabetes Center and Associate Professor of Medicine at Harvard Medical School.

Each year, NKF presents the Richard K. Salick Advocacy Award to an outstanding kidney patient advocate. This prestigious award is given to an individual who embodies the spirit of NKF’s patient advocacy. This year, we had the pleasure to recognize the amazing advocacy work of a living kidney donor from New Jersey, Jason Nothdurft.

Jason has been at the forefront of NKF’s advocacy efforts, both in his home state and our nation’s capital. His work during the last year includes asking Gov. Phil Murphy (D-NJ) to sign legislation providing paid leave for organ donation for state and local government employees, a tax credit for private companies offering paid leave for organ donation and a tax deduction for unreimbursed expenses related to living organ donation. Working with Assemblywoman Carol Murphy (D-7th), he also led NKF’s local efforts to introduce a state version of the federal Living Donor Protection Act (S4188/A6075). He met with federal legislators to discuss kidney policies more than six times in the last year. Additionally, his work on statewide policymaker education events, including May’s NKF New Jersey COVID and Kidney Disease briefing, have been essential to their success.

We also awarded Monica Fox, a transplant recipient, with the Kidney Transplant Champion Award for her amazing work helping to ensure that the Comprehensive Immunosuppressive Drug Coverage for Kidney Transplant Patients Act (S. 3353/H.R. 5534) becomes law. During the last two years, she has worked closely with NKF’s government relations team to promote the immunosuppressive legislation in Congress by meeting with numerous Illinois legislators to promote the bill and has helped organize special educational events, like Senator Durbin’s (D-IL) October 2019 tour of a transplant center at the University of Illinois Hospital. The Senator spent several hours learning more about kidney disease and transplantation by meeting with patients and practitioners in their transplant program.

Watch video from the Congressional briefing, see photos from the Summit and learn more about this annual event by visiting our website and following @nkf_advocacy on twitter. We also encourage you to take action by writing your legislators and volunteering to become an advocate today!